New York, NY — Bike New York has announced the launch of Spoketober, a virtual event to be held from October 1–31. Cyclists from all over the world will be invited to participate by simply riding everyday. Participants will have the opportunity to compete for prizes and earn exclusive cycling apparel by fundraising in support of the nonprofit’s mission. Proceeds from this virtual event will support Bike New York’s bicycle education programs, including their roster of online classes offered in response to the pandemic.

“Having the skills and confidence to ride a bike is more important than ever as Covid-19 continues to impact our daily lives. This virtual event is a huge step forward for Bike New York as we explore new ways to connect our supporters, students, and other cyclists around the world through the joy, freedom, and power of taking that ride,” said Ken Podziba, President and CEO of Bike New York. “Biking is an excellent form of socially distant transportation and exercise with unparalleled mental health and environmental benefits. Even in these challenging times, we are continuing to bring people together through cycling with innovative events and programs that empower bicycling all over the world. When the road gets rough, we ride on together!”

Spoketober participants will monitor their progress and keep track of their month-long challenge through Kitler Rewards, an interactive leaderboard app that syncs with a variety of popular fitness tracking apps including Strava, Fitbit, Garmin Connect, Apple Health, and Google Fit. Challengers will earn 100 points for each day in October that they take a ride of five miles or more, which will count toward a variety of Spoketober-exclusive rewards and prizes throughout the month. Flash challenges will arise throughout the month, giving participants an opportunity to earn additional points while mixing up the routine of their daily rides.

Spoketober participants will also have the opportunity to compete for a host of prizes including two top-of-the-line performance road bikes courtesy of Trek, two custom limited edition New Belgium fat tire cruisers, and evaluations at NYU Langone Health’s Sports Performance Center, with additional rider rewards provided by Primal Wear, Clif Bar, and Nuun. Full prize details can be viewed here. All participants will have access to a number of perks from event sponsors, including a 10% discount on an evaluation at NYU Langone Health’s Sports Performance Center, 20% off Primal Wear’s online store, US participants will receive a 15% discount on an online order at Clif Bar, and 25% off Nuun’s online store.

General participant registration costs $15, while Bike New York Members and Volunteers can register for $10. Entry fees will be waived for 2020 TD Five Boro Bike Tour registrants. Proceeds from the virtual event will support Bike New York’s completely free, year-round curriculum of classes which reach more than 33,000 children and adults of all ages and abilities each year. In response to Covid-19, Bike New York has pivoted many of these programs online, and launched a brand new virtual bike resource hub to ensure optimal accessibility to bike learning tools. 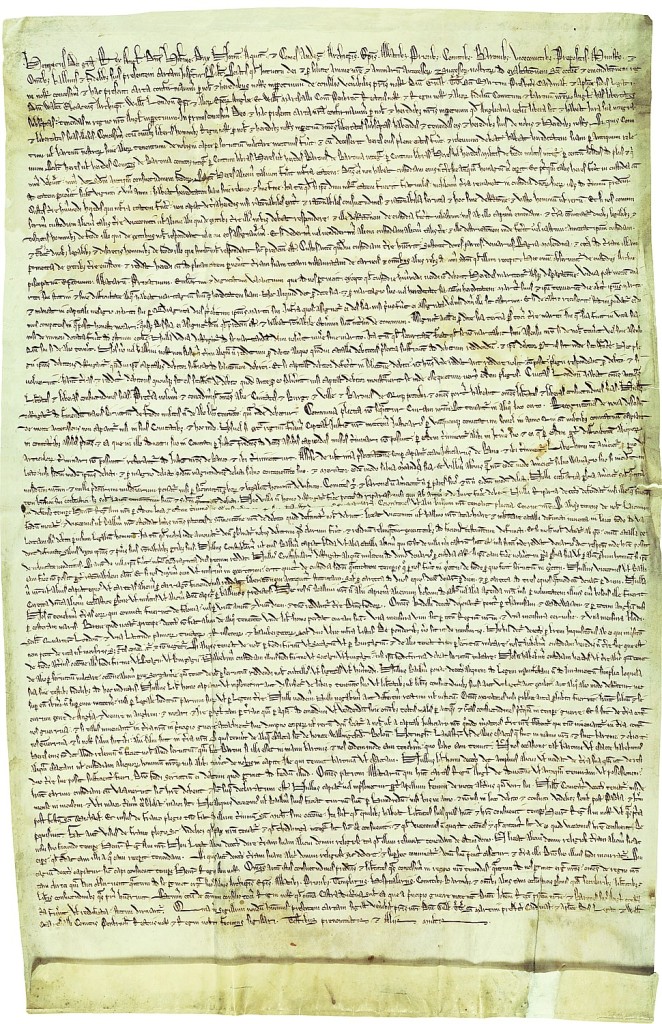 The New-York Historical Society will host the only United States exhibition of a rare 1217 copy of the Magna Carta, Sept. 23-30, 2015, in honor of the 800th anniversary of i the original 1215 signing (c) The Dean and Chapter of Hereford Cathedral from the Library and Archive collections.

A rare early copy of the Magna Carta, one of the most important historical documents in the world, will be on display at the New-York Historical Society for just one week, September 23-30, the only United States appearance and the first stop in a global tour of the Magna Carta, to celebrate the 800th anniversary of the original signing, in 1215.

The exhibition, “Magna Carta 800: Sharing the Legacy of Freedom,” at the New-York Historical Societyis the first stop in a global tour of the Magna Carta, in a partnership between Hereford Cathedral and the GREAT Britain Campaign, which will also pass through China (including Hong Kong), Luxembourg, Malta, Portugal, and Singapore.

“The Magna Carta is a hugely important part of our history and stands as a beacon for our values today,” UK Foreign Office Minister Hugo Swire said. “The tour is a fantastic way of enabling people from America to Asia to see it first hand, and to reflect on all that it stands for.”

“We are thrilled to offer New Yorkers a chance to experience the Magna Carta, one of the

most influential historical documents of all time, on the occasion of its 800th anniversary,”  said Dr. Louise Mirrer, President and CEO of the New-York Historical Society. “The Magna Carta established fundamental principles that inspired America’s Founding Fathers when they wrote the U.S. Constitution and Bill of Rights, so this seminal document will allow our visitors to trace an important path of history back to its very origins.”

The document that became known as the Magna Carta, or “Great Charter,” was initially developed in 1215 and issued by King John as a peace treaty with rebel barons to address specific grievances of his rule. Although the treaty did not hold, the document established the principle that everyone, even the king, was subject to the law, with all free men granted the right to justice and a fair trial. As such, the document has enormous symbolic power, granting protection against tyrannical rule and defending civil liberties, a central source of inspiration for future constitutional documents.

On view with the Magna Carta at New-York Historical will be an original copy of the King’s Writ, issued on June 20, 1215, by King John to inform the sheriff and other royal officials in each county of the terms of the peace treaty. The 1215 treaty was modified and reissued in subsequent years, in part to garner support for King Henry III, who was just nine years old

when he succeeded the throne in 1216. The 1217 version, which will be on view at New-York Historical, was issued by John’s immediate successor,the young Henry III. and contains significant additions, which would be retained in subsequent reissues of the Charter by English monarchs. Only four copies of the 1217 version survive.