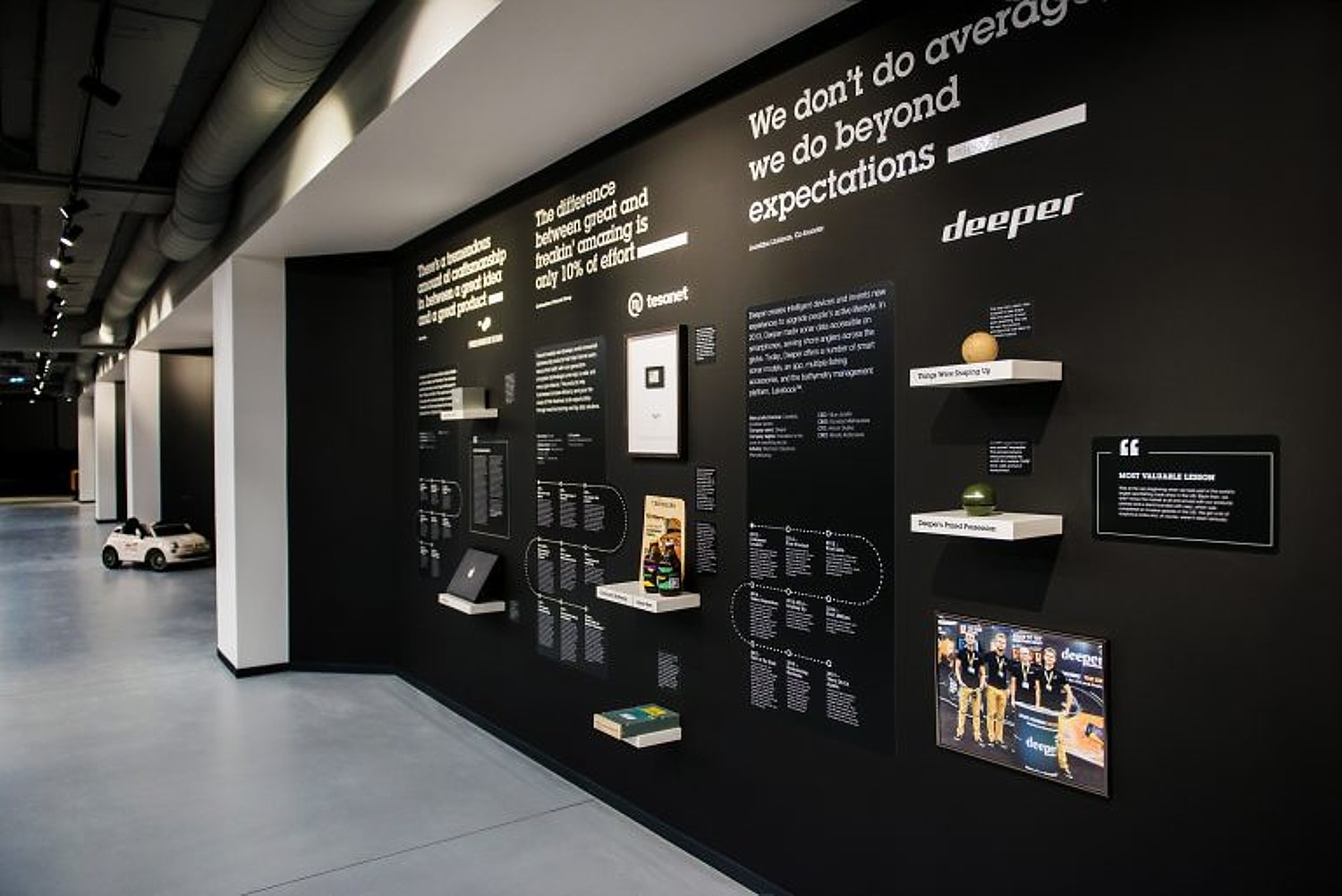 Vilnius, Lithuania – The world’s first museum devoted to start-ups has opened in Vilnius, the capital of Lithuania.

The displayed startups come from a broad range of fields – from online platforms and software to space exploration and laser manufacturing.

The aim of the museum is to tell the untold stories of startups that not only found their way to success but also made contributions to improving the business culture within the city. Through the stories of individual startups, the visitors will get to experience the drastic improvement that the startup scene in Vilnius made in recent years, too.

“Opening a startup museum is a great way to highlight how welcoming and progressive our city is, creating the needed environment for businesses to thrive,” says Remigijus Šimašius, the mayor of Vilnius. “At the same time, the museum will honour the brave entrepreneurs that are true ambassadors of Vilnius around the globe. This museum is also a good reminder that it isn’t just ideas and investments that matter – persistence, heart, and a strong team are as crucial.”

Each startup highlighted in the museum is presented through its journey to success, including the lessons learned and challenges conquered. Next to each company’s timeline and story, visitors have a chance to see physical artefacts that each startup sees as representations of their journey, work culture and values.

For example, the pop culture magazine Bored Panda has a panda costume on display to celebrate their company culture – which was worn by one of the current employees when he came to apply for the job. While CGTrader, the world’s largest source for stock and custom 3D models, are showcasing a bucket that was used to collect water in the early days of the company when they worked in an office with a leaky roof. Vinted’s exhibition will feature, among other artefacts, a toy unicorn representing its status as a first home-grown startup to reach EUR 1 billion in market valuation.

At the museum, guests can also get familiar with the state of the startup ecosystem in Vilnius and get informed about the upcoming startup-related events and awards.

Each year, the museum will add four additional Vilnius-based startups that made the most significant strides in that particular year.

The Startup museum was established by Go Vilnius, the official business development agency of Vilnius, together with a coworking space Talent Garden Vilnius.

Go Vilnius is the official tourism and business development agency of the City of Vilnius. The agency provides visitors, investors, relocating talent, entrepreneurs and businesses with all the essential information they need to know about the Lithuanian capital. Go Vilnius offers information on everything from real estate to leisure activities in Vilnius, simplifying the process of travelling, relocating to, or investing in Vilnius. 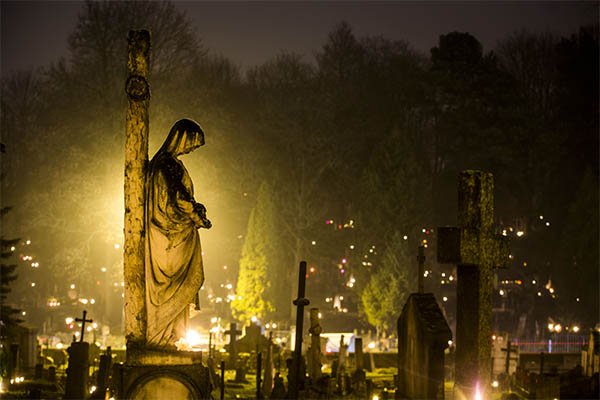 Looking for a unique experience this Halloween? Head to Lithuania, where Day of the Dead is celebrated by the whole nation, and the country offers unique glimpses into the world of crypts, crosses and ancient cemeteries.

Take one of the special tours – visit old cemeteries of Vilnius, adrift in flowers and candles; take a tour of the underground crypts of Vilnius Cathedral; head to the old pagan Lithuanian capital, Kernave, and see pilkapiai – ancient cemeteries with no crosses; take excursions to the seaside and southern Lithuania, visit national parks and local cemeteries with UNESCO-recognized cross-making traditions; head to the extraordinary Hill of Crosses  – a site of pilgrimage in northern Lithuania with over 200,000 of crosses of all shapes and sizes. The first crosses were put on the hill by the relatives of the dead rebels of 1831 revolt against the Russian tsar.

On the first day of November, Lithuanian offices, shops and schools close, roads become packed with cars, families reunite, and everyone heads to one special place – the cemetery.

Lithuanian cemeteries are already different from what you’d find in other countries – they rather resemble a botanical park, sinking in the sea of trees, adorned with flowers and beautiful tombstones. On November 1st, Lithuanians celebrate Vėlinės (vėlė means “soul” and ilgėtis means “to long”) – the Day of the Dead, which is not as joyful an occasion as El Dia de Los Muertos in Mexico, but rather the day of remembrance and reunion that bears deep traditions. Cemeteries become the place of family gatherings, where young and old arrange flowers and light candles. When the sun sets, the cemeteries become enchanting, alive and mysterious from the sea of flickering candlelights and the aroma of thousands of fresh flowers.

When golden trees and low-hanging sun create special autumn atmosphere, it’s a perfect time to visit Lithuania and to get enchanted by the scenery and traditions, to explore some off-the-beaten track activities, and to see some old Lithuanian customs put into action.

According to the old Lithuanian tradition, this is the time to remember the ancestors and to re-think one’s place in the world. When Lithuania finally accepted Christianity (last country to be “baptized” in Europe), pagan and Christian traditions blended into one over time, giving special significance and depth to the Lithuanian Day of the Dead.

The Old Cemeteries of Vilnius

The Old Vilnius Cemeteries belong in the list of European historical cemetery heritage.

There are three main cemeteries in Vilnius city center: the first one, Rasų Cemetery, was founded in 1796, and is the eternal home to famous Lithuanian poets, artists and politicians, such as the activist and folklorist Jonas Basanavicius, and composer and painter M.K. Ciurlionis. This was the first cemetery that was founded outside of the city, on a hill surrounded by old oak trees. The name of the place – Rasos – suggests this used to be an ancient pagan ceremony site.

The Bernardine Cemetery was established in 1810 by the Bernardine monks of the the Church of St. Francis of Assisi. As most cemeteries in the city center, it was closed by the Soviets and remained mostly unchanged from that time, with burials allowed only in existing family graves.

Antakalnis Cemetery is commonly referred to as the Military Cemetery. 12 of the 14 Soviet Union protest victims from 1991 TV tower attack are buried here, as well as the victims of Soviet Medininkai Massacre. Among other perished soldiers there are graves of Polish soldiers from 1919-20, Lithuanian, German and Russian soldiers who have fallen in World War I and thousands of French soldiers of Napoleon’s Army, whose remains were found in Vilnius and reburied in Antakalnis in 2001.

During Vėlinės, these old cemeteries are afloat with flowers and sinking in the sea of candles – people come to remember the dead heroes or prominent poets of the nation, but they also don’t forget the unknown graves of dead people whose relatives might not be around anymore to light a candle.

Lithuanian Cross-Making and the Hill of Crosses

If you feel like venturing outside of Vilnius, Southern Lithuanian region of Dzukija and Lithuanian seaside will offer a special glimpse into the culture of Lithuanian cemeteries, with their  distinctive crosses and breathtaking nature that surrounds them.

The Lithuanian art of cross-making was recognized to be unique and added to the UNESCO World Heritage list. Since Lithuania was the last country of Europe to abandon paganism and convert to Catholicism in the 14th century, pagan and Catholic elements intertwine in Lithuanian crosses – which were forbidden by Tsarist Russia and the Soviet Union.

Lithuania’s Hill of Crosses, located in the northern Lithuania, is a unique and enchanting place, with over 200,000 of crosses of every shape and size, and attracting thousands of Catholic pilgrims as well as curious tourists. People started leaving crosses on the hill after the 1831 uprising against the Russian tsar – relatives put crosses to commemorate dead rebels, since they had no bodies to bury. During Soviet occupation, the KGB bulldozed the hill twice – but today, the Hill of Crosses stands tall again as the symbol of resistance and faith.

You can also find cemeteries in Lithuania that have no crosses – these are pre-Christian pilkapiai dating from 12-13th century – abandoned in the 14th century – but still reminding everyone of pagan Lithuania. The most prominent site of pilkapiai is in Kernave, whose first residents arrived in the 9th century BC, and which later became an important pagan city.

Similarly, you wouldn’t find any crosses in the ethnic Jewish cemeteries, or the cemeteries of Lithuanian Turkic minorities – Tatars and Karaites.

Vilnius in Love is a tour guide company that offers customizable and personalized tours across all regions of Lithuania.  Hiring guides who are very well versed in local history, they are able to offer trips to unique destinations and rare attractions. Contact VilniusinLove.com to learn more.