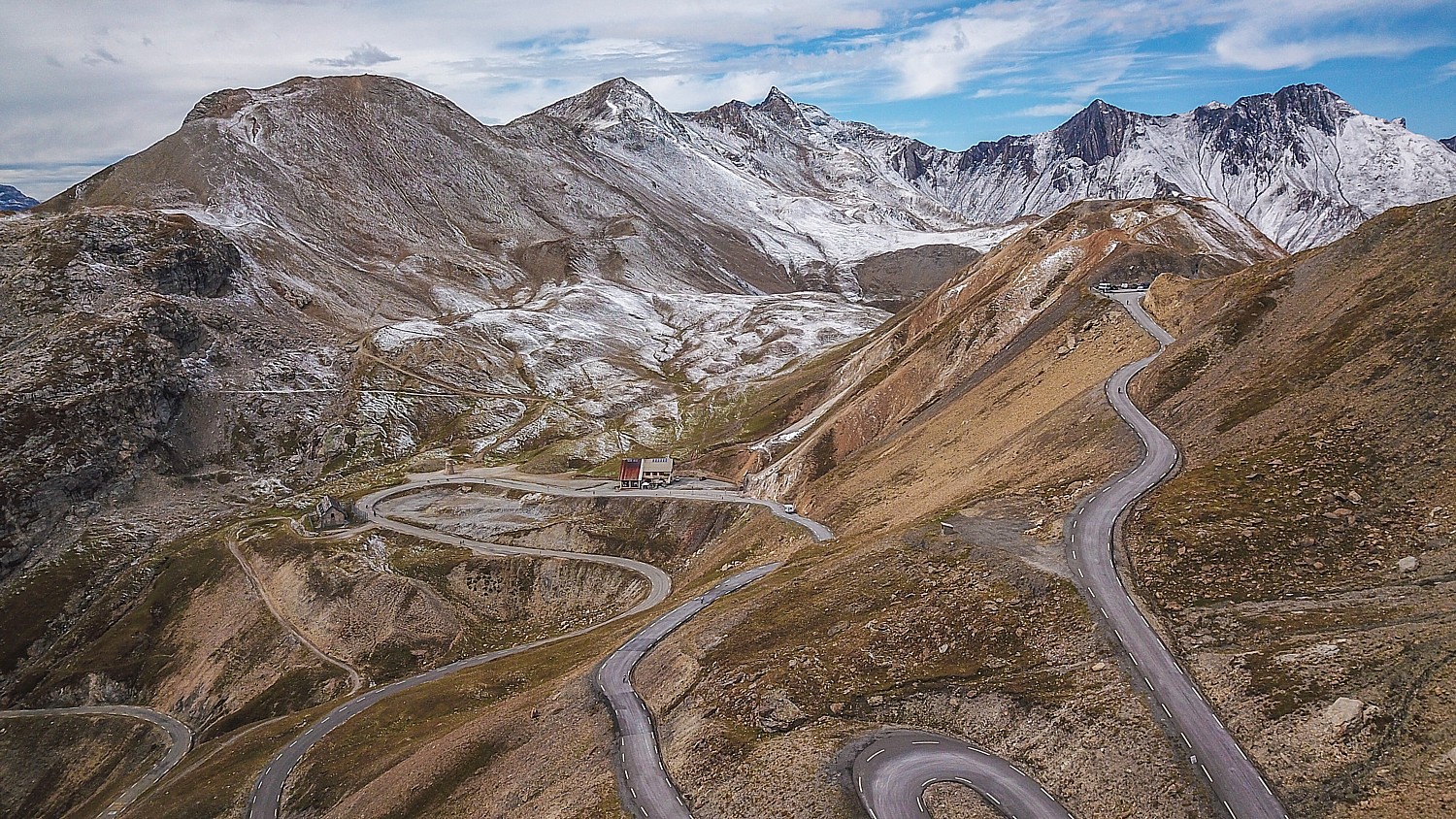 Sydney, Australia– Ride & Seek offers intrepid cyclists a chance to follow in the footsteps of the Carthaginian general, Hannibal Barca, on a 1,787-mile fully guided cycling tour through Spain, France, and Italy. The 28-day journey takes riders over the Pyrenees, Alps and Apennines on roads featured regularly in the Vuelta a España, Tour de France and Giro d’Italia bike races. Cyclists will embrace cultural and historical elements of Catalonia, Languedoc, Provence, Piedmont, Tuscany, and Umbria, including culinary delights, as they meander down roads less traveled.

The “Hannibal Expedition” is divided into two distinct stages, and guests can choose to participate one or both of them.  The tour is slated for September 2-30, 2018 and starts at $6,540.

Stage 1 – Barcelona to Alba (968 miles, 16 days): Starting in Barcelona guests will cycle up through Cataluña and over the Pyrenees mountain range. The crossing of the Pyrenees is obviously a tough undertaking but the route doesn’t tackle the highest peaks, which makes this stage a relatively relaxed introduction to what’s ahead. Guests enter France through the lovely town of Ceret, which was once home to Picasso, before continuing through the beautiful French countryside of the Languedoc-Roussillon.  The second part of stage 1 provides an opportunity to take on a number of iconic climbs – Ventoux, Galibier, Alpe d’Huez, Agnel and Izoard among others.

Stage 2 – Alba to Rome (818 miles, 14 days): Stage 2 takes riders across the spine of Italy – the Apennines – and through a landscape of vines, castles, agriculture, and beautiful hill towns. Starting in Piedmont, riders will traverse the spectacular Oltrepo Pavese and head into Emilia Romagna. From Pisa, guests venture farther into Tuscany through what can only be described as picture postcard scenes en route to Rome.

“This tour offers total immersion into the landscape, history, and culture as we ride an inspirational trail on the roads less traveled,” said Ride & Seek President Dylan Reynolds.

“This is a fully-supported/guided expert tour. One of the benefits of keeping the group size small (a dozen or so) is that it enables us to stay in the smaller, family-run establishments that add to the authenticity of the travel experience we hope to provide. We have carefully selected the places we stay in based on their ‘personality’ and the hospitality of the hosts. Be it a parador in Spain, manoir in France or agriturismi in Italy, we seek to connect you with the places we travel in, through the accommodations we choose. We go by the mantra of selecting the best available accommodation wherever we stay but in saying that we also look to avoid the generic luxury chain hotels. Invariably our more eclectic choices such as a deconsecrated monastery in Tuscany where the English Patient was filmed, or a balsamic vinegar producer in Emilia Romagna are highlights of the trip for many of our guests.”

The company has partnered with Lynskey, considered pioneers in handcrafted Titanium production for its fleet of Sportive bikes. On the carbon front, the company offers De Rosa bikes with electronic (di2) shifting and the ever-popular Specialised Roubaix. For those looking for a less aggressive cycling option, flat bar titanium bikes are available as well as Bosch pedal-assist bikes to make the hills a little easier!

“We put a lot of emphasis on ensuring that our guides are up to the task of providing a safe, informative and fun cycling adventures. We are all serious cyclists but we are also archaeologists, journalists, wine specialists, linguists, and historians. We offer a true insight into the areas we guide and travel. By selecting guides who have local knowledge of the places we travel through, as well as varied skill sets, we feel that our guide teams are able to offer a deeper and more rounded experience than many of our competitors.”

Ride & Seek (www.rideandseek.com) is a worldwide adventure cycling company offering unusual historical itineraries with quality lodging, fine gastronomy, and cultural immersion. The tours are designed so cyclists not only see and ride some of the greatest roads in Europe but also visit some of the most spectacular sites. “Providing a cultural insight into the areas we visit both historically and gastronomically is central to what we do. Historical journeys and cultural adventures are our specialties.” 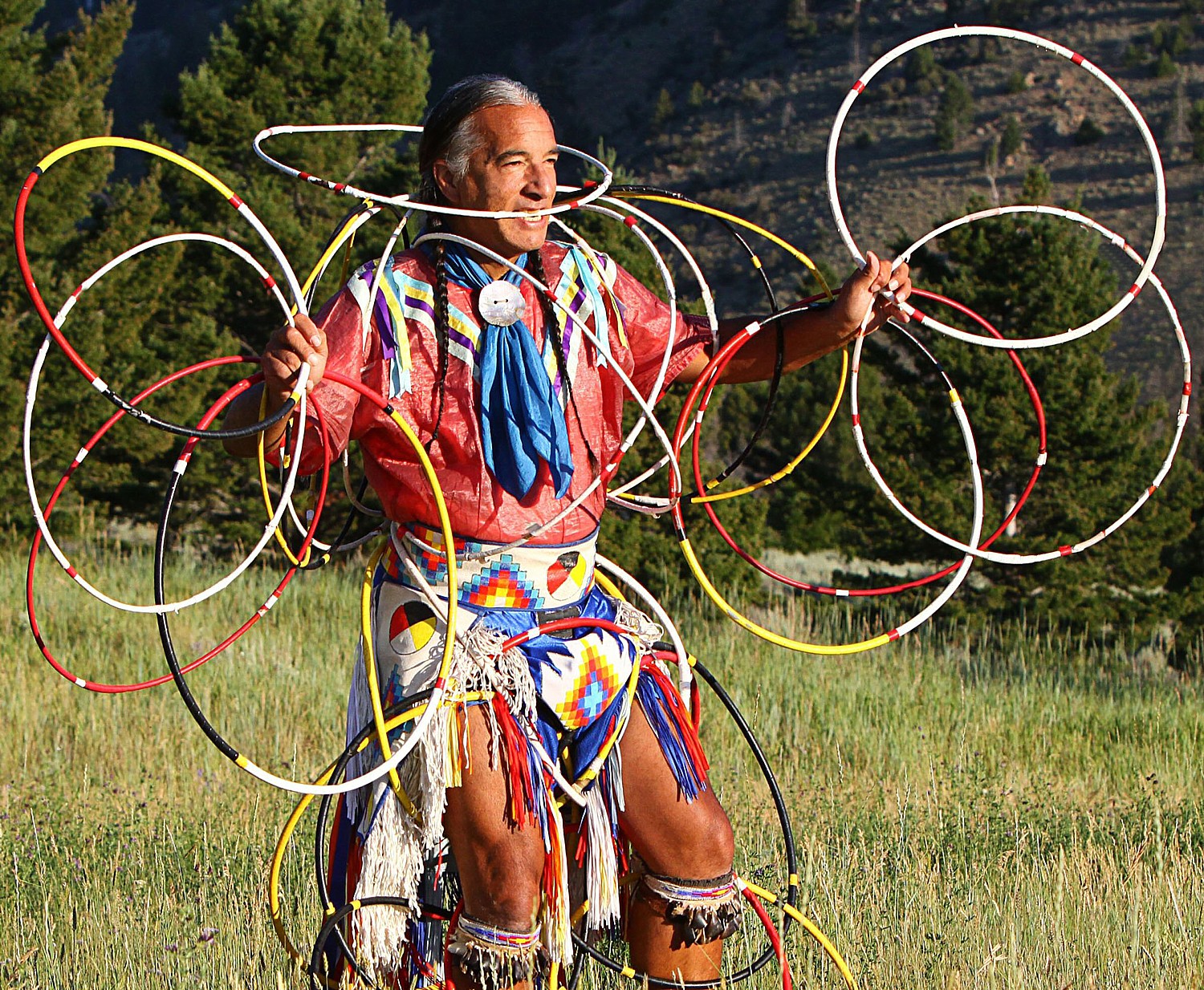 WILLIAMSBURG, Va.– Jamestown Settlement, a museum of 17th-century Virginia history and culture, will present an American Indian Intertribal Powwow on Saturday and Sunday, October 1 and 2, featuring song and dance by members of American Indian tribes, storytelling and a film presentation.

A highlight of the weekend event will be a Saturday evening performance by folk artist Kevin Locke, a world-renowned Hoop Dancer, an indigenous Northern Plains flute player and storyteller. Locke, Native American Music Award winner for 2009 Record of the Year and National Endowment for the Arts Heritage Fellow, will perform traditional songs and original music from his 12 albums, most recently The First Flute, Open Circle, Keepers of the Dream and Dream Catcher, combining songs on flute with American Indian stories touching on the Lakota culture and sign language. At the conclusion of the evening, accompanied by Powwow singers, Locke will perform a hoop dance, an athletic healing dance in which he uses 28 hoops to form various animals and shapes. Audience members will be selected to learn and take part in this traditional hoop dance. The evening concert begins at 6:30 p.m., and admission is $10 for adults and $5 for ages 6-12.

As a Lakota and Anishinabe, Locke works with young people on American Indian reservations to ensure the survival and growth of the indigenous culture and shares the culture’s legacies with others during his world travels.  Locke will offer flute workshops at 10 a.m. and 2 p.m. on Saturday and Sunday in which he will show children how to build and paint their own flute and teach them a song. Participants during the Saturday workshops will be invited to perform with Locke during the Saturday evening performance, and those participating in the Sunday workshops can take part in the Sunday daytime Powwow dancing event. Flute workshops require advance reservations and cost $40 per person on Saturday (includes museum admission to daytime event and evening concert) and $35 on Sunday (includes museum admission to daytime event). Each workshop, designed for ages 8 and older, is limited to 15 participants.

American Indian Intertribal Powwow activities from 9 a.m. to 5 p.m. include:

A Grand Entry with a parade of dancers will take place at 12:30 p.m. each day in a dance circle on the museum mall, followed by an afternoon of singing and dancing until 4:30 p.m.  Master of Ceremonies will be David White Buffalo, a member of the Sincagu band of the Lakota Nation, and Arena Director will be Clark Stewart of the Chickahominy Tribe. Among the featured singers will be Thunder Voices of the Lumbee, from Lumberton, N.C.; Zotigh Singers of the Kiowa, from Oklahoma; and The White Buffalo Singers of the Lakota, from Rosebud, S.D.

Visitors can view the one-hour documentary film “Rising Voices” 10 a.m. and 12:30 and 3 p.m. each day to learn about the endangered indigenous language of the Lakota people at. The film is part of The Language Conservancy’s ongoing effort to preserve and revitalize languages in North America. Following the film, elders and first-language speakers from the Lakota in South Dakota and Crow in Montana will be on hand to discuss the film and facilitate children’s activities.

A “Birds of Prey” program, featuring falcons and other raptors, will be presented on the museum mall by Eagle Pines Falconry at 11:45 a.m. each day of the event.

‘Bartering for a Continent’ Special Exhibition

Jamestown Settlement visitors also can enjoy the “Bartering for a Continent: How Anglo-Indian Trade Shaped America” special exhibition through December 10, exploring the importance of trade between American Indians and English colonists, from the founding of Jamestown through the American Revolution, and the role of Virginia in the development of a new world of exchange in goods and commodities across the North American continent.

Powhatan Indians in the 17th century made baskets of bark, grasses and vines to carry items harvested on land and from waterways. Visitors can pre-register for a two-hour workshop at 10 a.m. and 2 p.m. October 1 and 2 to discover the process of making twined baskets and take it home. Workshops are $20 per person and limited to 15 participants.

Jamestown Settlement features an introductory film, expansive exhibition galleries that chronicle the nation’s 17th-century beginnings in Virginia in the context of its Powhatan Indian, English and west central African cultures, and historical interpretation at outdoor re-creations of a Powhatan village, the three ships that brought America’s first permanent English colonists to Virginia in 1607, and a colonial fort.

The Jamestown Settlement Special Exhibition, Bartering for a Continent: How Anglo-Indian Trade Shaped America, is on view June 4 – December 10, 2016.

The American Indian Intertribal Powwow daytime event is included with admission: $17.00 for adults, $8.00 for ages 6 through 12, and children under 6 are free. Separate admission is required for the Saturday evening concert with Kevin Locke and advance reservations required for flute and basket workshops. Tickets are available at https://jyfemail.jyf.virginia.gov/eStore/.