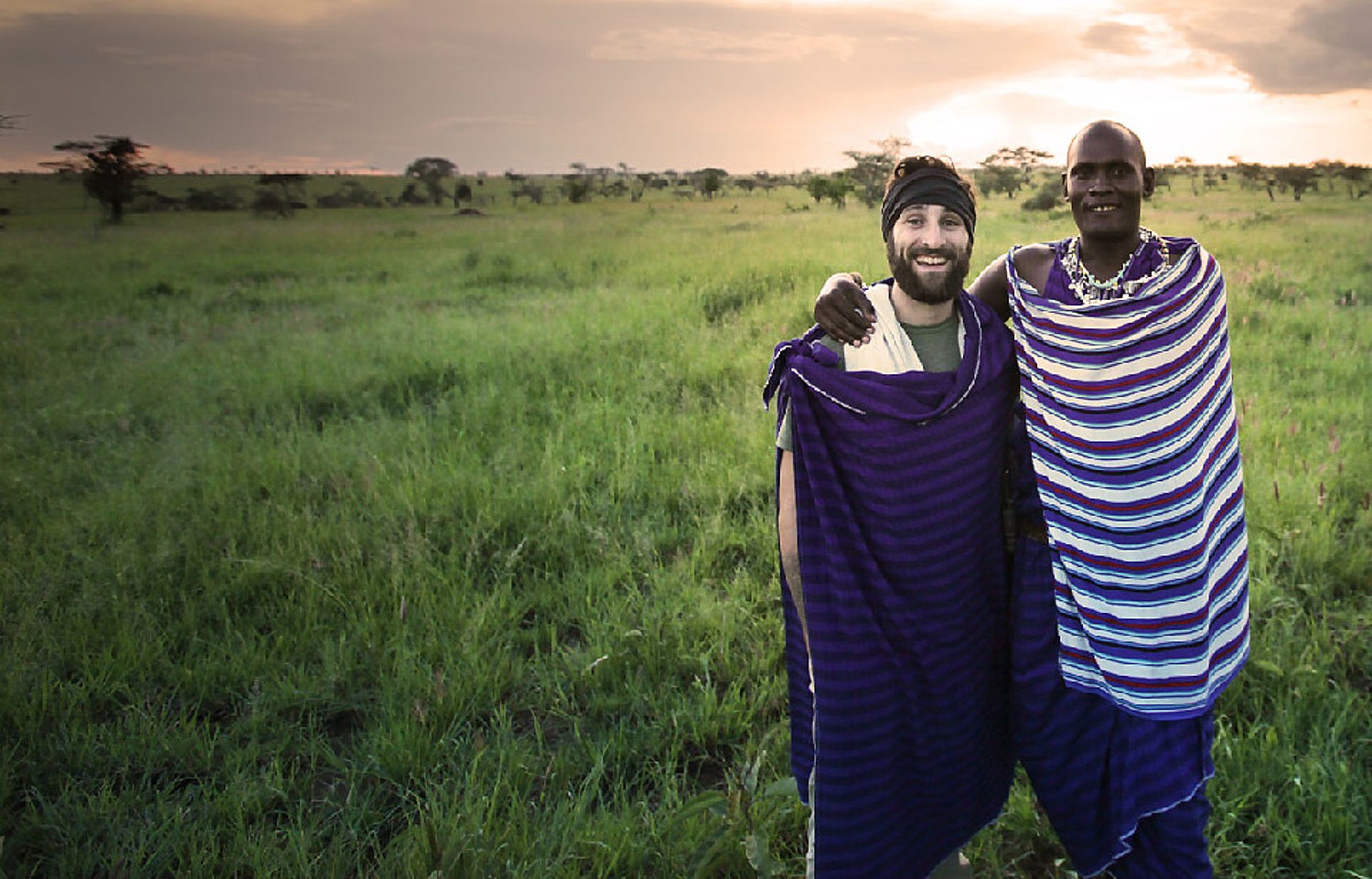 (New Orleans, LA) — Gondwana Ecotours is introducing a new 10-day camping safari in Tanzania. Guests will visit four national parks (Arusha, Tarangire, Ngorongoro Crater & Serengeti), get to know the Maasai Tribe, photograph amazing landscapes, spot the Big Five (lion, leopard, rhino, buffalo, and elephant), and explore dense jungles. This trip is full of culture and opportunities for wildlife viewing and photography. There will be a maximum of 18 guests on the tours, scheduled for July 13-22, 2020 and August 8-17, 2020 starting at $2,995 USD per person not including international flights

“This is a once-in-a-lifetime safari with extraordinary wildlife viewing opportunities,” said Gondwana Ecotours Founder, Jared Sternberg. “We also pay Carbon Offsetting for each guest and donate to the Maasai Community Development Initiative on their behalf.”

One of the major highlights of this safari is visiting the Maasai, one of Africa’s most famous and historic tribes. Travelers will sing and dance with members of the tribe and tour a traditional hut. Another unforgettable moment is exploring the Ngorongoro Crater at sunrise before the crowds arrive. It is home to many lions and some of the last black rhinos in the world.

“We will enjoy picturesque picnic lunches in the parks near hippo pools, giraffes, baobab trees and beautiful lakes,” said Sternberg. “This safari is full of amazing wildlife and culture, and offers an opportunity to witness one of the most spectacular mass migrations on the planet.”

All accommodations and equipment (4 nights at hotel, 5 nights camping)

All meals except for arrival and departure days

Chef-prepared meals and clean drinking water throughout the safari

All activities and excursions, including safaris and guided hikes

For more information, visit Gondwana Ecotours at https://www.gondwanaecotours.com/tour/tanzania-camping-great-migration-safari/ or call 877-587-8479.

The latest Netflix series has renewed an interest in the royals and their connection to Africa. The ecotourism company, andBeyond (&Beyond), has created a safari to give guests a taste of the royal treatment.

Home of the classic safari, Kenya has an undeniable connection to Britain’s colonial era with its historical aura of elegance and grandeur. In fact, as documented in the recent television series, it was in Kenya that Queen Elizabeth first received the news of the death of her father, King George, and of her ascension to the throne. Inspired by this and the many other connections between the royal family and this former colonial stronghold, andBeyond has created a modern safari fit for a queen. This grand itinerary visits places made famous by explorers and royals of old, including special touches like vintage vehicles, which will take the intrepid traveler on a journey far back in time.

Highlights of the nine-night itinerary

Add on to Uganda

Guests can add to this Kenyan adventure by hopping across the border to Uganda, putting them within reach of the once-in-a-lifetime experience of tracking Gorillas and taking them to the end of the ‘Lunatic Line’ in Kampala.

Complement the Northern section by spending a few nights on Lake Victoria – andBeyond’s travel experts can tailor-make the itinerary.

The itinerary is ideal for history buffs, romance, wildlife enthusiasts and avid photographers.

andBeyond is one of the world’s leading luxury experiential travel companies, designing personalized high-end tours in 15 countries in Africa, five in Asia, and four in South America. The company also owns and operates 31 safari lodges and camps, as well as set-departure expeditions, throughout Africa, which positively impact more than 9 million acres of wildlife land. Established in 1991, andBeyond takes exceptional care of its guests in order to make a difference; its commitment to sustainable responsible travel, conservation and community empowerment has been globally recognized with multiple awards over the years. The company offers warm local hospitality and sublime natural luxury that combine with interpretive natural experiences led by highly-skilled guides and rangers.

“There are less than 800 Mountain Gorillas left in the world with more than 60% living in Bwindi Impenetrable Forest in Uganda. The vast majority of Gorilla safaris include only standard permits, which allow a mere one hour to spend with the gorillas once your guides have located them. One hour is hardly enough time to get much more than a glimpse of the Gorillas, and it’s completely inadequate for most wildlife lovers who dream of having an up-close gorilla encounter reminiscent of Dian Fossey in ‘Gorillas in the Mist’,” said Wild Planet Adventures’ founder and director Josh Cohen.

Thanks to the company’s reputation and connections, for the first time ever travelers now have the opportunity to spend an unprecedented four hours with the Gorillas – four times the time allowed on any other gorilla safari. This VIP experience is included in Wild Planet Adventures’ special 25th anniversary safari Insiders Africa: Meerkats, Gorillas and Africa’s Rare 5.

Guests will spend half a day observing these majestic primates – including silverbacks. This is not just a short glimpse, there’s enough time to see them wake up, hunt, patrol, play, fight, copulate, nurture their young and build their nests. Guides will point out some of the intricate ways they communicate with each other during these activities.

This never-before-available gorilla trek from Wild Planet Adventures is led by experienced scientific researchers. Participants will actually be contributing to the careful habituation of a recently discovered Gorilla troop.  This habituation process is critical in order for Gorillas to get used to human presence without abandoning their natural behaviors, losing important survival skills, or becoming reliant upon humans for food.

As Cohen points out, “while it might be seen as advantageous if humans simply refrain from contact with Gorillas and avoid the need for such a habituation process, statistically that has proven to be more advantageous for poachers and deadly for Gorillas. A major advantage of a researcher-led safari is both the access to the four hour permit as well as the extremely high level of knowledge and expertise that the researchers have, allowing for a safe and rewarding encounter with one of the rarest animals on earth.”

Uganda is also an ideal safari destination because it also offers a wider variety of wildlife encounters (including the Big 5) than a classic safari in Eastern Africa. Long known as the “Pearl of Africa”, it is home to the world’s oldest rainforests, glacier capped mountains, roaring whitewater rivers, sparkling crater lakes, classic grassy plains, savannahs and wetlands. Its lush geography includes the Western Rift Valley, the Nile River (the longest in the world), Bwindi – the Impenetrable Forest, Lake Victoria, the legendary Rwenzori range – the Mountains of the Moon and the Ituri Forest. This incredible array of diverse eco-systems allows travelers to see some of the world’s rarest animals all in one trip.

In addition to the Mountain Gorillas, travelers will also join researcher teams for a full day Chimpanzee habituation safari and nighttime walking safari in Kibale National Park (home to over 12 primate species), enjoy safaris for tree-climbing lions and the “Big 5” in Queen Elizabeth National Park and visit the famous “Mountains of the Moon.” Another highlight is observing the intricate courtship and mating rituals of the stunning Kob antelope, and the playful antics of a colony of banded mongoose, cousins of the meerkats.