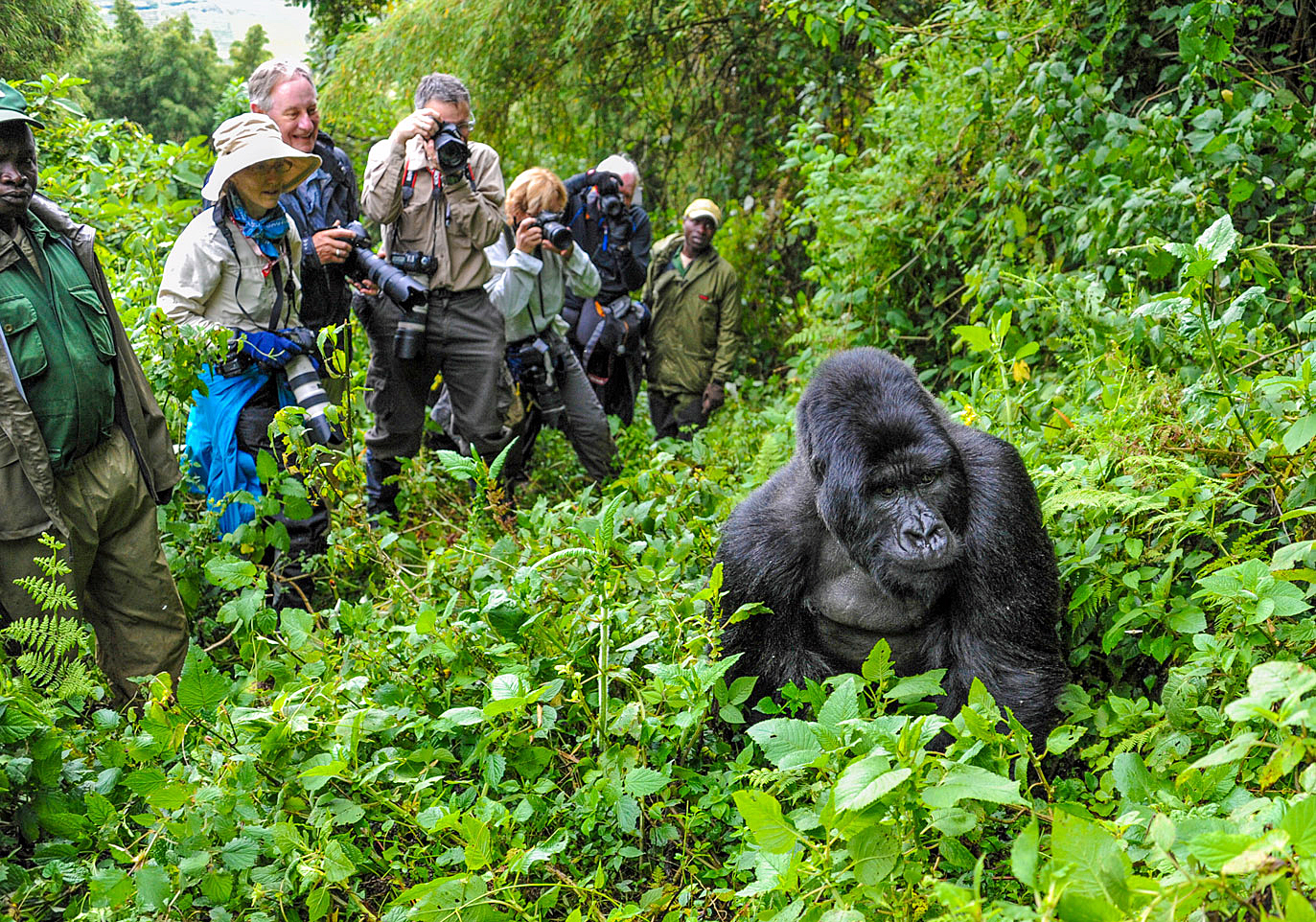 Wild Planet Adventures has just acquired a rare four hour Gorilla Habituation Permit in Uganda, quadrupling the amount of time travelers can spend with the gorillas.

“There are less than 800 Mountain Gorillas left in the world with more than 60% living in Bwindi Impenetrable Forest in Uganda. The vast majority of Gorilla safaris include only standard permits, which allow a mere one hour to spend with the gorillas once your guides have located them. One hour is hardly enough time to get much more than a glimpse of the Gorillas, and it’s completely inadequate for most wildlife lovers who dream of having an up-close gorilla encounter reminiscent of Dian Fossey in ‘Gorillas in the Mist’,” said Wild Planet Adventures’ founder and director Josh Cohen.

Thanks to the company’s reputation and connections, for the first time ever travelers now have the opportunity to spend an unprecedented four hours with the Gorillas – four times the time allowed on any other gorilla safari. This VIP experience is included in Wild Planet Adventures’ special 25th anniversary safari Insiders Africa: Meerkats, Gorillas and Africa’s Rare 5.

Guests will spend half a day observing these majestic primates – including silverbacks. This is not just a short glimpse, there’s enough time to see them wake up, hunt, patrol, play, fight, copulate, nurture their young and build their nests. Guides will point out some of the intricate ways they communicate with each other during these activities.

This never-before-available gorilla trek from Wild Planet Adventures is led by experienced scientific researchers. Participants will actually be contributing to the careful habituation of a recently discovered Gorilla troop.  This habituation process is critical in order for Gorillas to get used to human presence without abandoning their natural behaviors, losing important survival skills, or becoming reliant upon humans for food.

As Cohen points out, “while it might be seen as advantageous if humans simply refrain from contact with Gorillas and avoid the need for such a habituation process, statistically that has proven to be more advantageous for poachers and deadly for Gorillas. A major advantage of a researcher-led safari is both the access to the four hour permit as well as the extremely high level of knowledge and expertise that the researchers have, allowing for a safe and rewarding encounter with one of the rarest animals on earth.”

Uganda is also an ideal safari destination because it also offers a wider variety of wildlife encounters (including the Big 5) than a classic safari in Eastern Africa. Long known as the “Pearl of Africa”, it is home to the world’s oldest rainforests, glacier capped mountains, roaring whitewater rivers, sparkling crater lakes, classic grassy plains, savannahs and wetlands. Its lush geography includes the Western Rift Valley, the Nile River (the longest in the world), Bwindi – the Impenetrable Forest, Lake Victoria, the legendary Rwenzori range – the Mountains of the Moon and the Ituri Forest. This incredible array of diverse eco-systems allows travelers to see some of the world’s rarest animals all in one trip.

In addition to the Mountain Gorillas, travelers will also join researcher teams for a full day Chimpanzee habituation safari and nighttime walking safari in Kibale National Park (home to over 12 primate species), enjoy safaris for tree-climbing lions and the “Big 5” in Queen Elizabeth National Park and visit the famous “Mountains of the Moon.” Another highlight is observing the intricate courtship and mating rituals of the stunning Kob antelope, and the playful antics of a colony of banded mongoose, cousins of the meerkats.