(New York, NY) One hundred years ago, women earned the right to vote with the ratification of the 19th amendment. To honor their fight and commemorate this moment in history, a collective of New York City cultural organizations has formed the Women’s Suffrage NYC Centennial Consortium.

The Women’s Suffrage NYC Centennial Consortium is a collaboration of cultural organizations citywide that foregrounds exhibitions and programs that, together, offer a multi-dimensional picture of the history of women’s suffrage and its lasting, ongoing impact. The consortium has launched www.WomensSuffrageNYC.org to highlight the activities being presented across New York City throughout 2020.

Announced programming includes the exhibition Women March at the New-York Historical Society, which explores the efforts of a wide range of women to expand American democracy in the centuries before and after the suffrage victory (February 28 – August 30); Women of the Nation Arise! Staten Islanders in the Fight for Women’s Right to Vote at the Staten Island Museum, which presents the remarkable stories of local suffragists acting on the grassroots level to create the momentum necessary for regional and national change and the bold tactics they employed to win the vote (March 7 – December 30); the New York Philharmonic’s Project 19—a multi-season initiative to commission and premiere 19 new works by 19 women composers, the largest women-only commissioning initiative in history, which launched earlier this month and continues in the spring (May – June) and beyond; and 100 Years | 100 Women a partnership of Park Avenue Armory with National Black Theatre and nine other cultural institutions in New York City to commission work exploring the complex legacy of the 19th Amendment 100 years after its ratification from 100 artists who identify as women or gender non-binary (showcase of commissions on May 16).

For a full list of exhibitions, events, and programs, visit WomensSuffrageNYC.org.

The consortium is committed to showcasing women’s contributions to the past, present, and future. Though many women were given access to the right to vote 100 years ago, the fight for equality continues. Their goal is to expand the conversation through meaningful cultural experiences that convey that all women should be seen, heard, and counted.

The Women’s Suffrage NYC Centennial Consortium is co-chaired by Janice Monger, president & CEO of the Staten Island Museum, and Valerie Paley, director of the Center for Women’s History and senior vice president and chief historian at the New-York Historical Society, to bring together a group of vital New York City cultural organizations with a shared vision to honor the Women’s Suffrage Centennial.

“We are so proud to bring together this collective of organizations and colleagues who share the vision that women’s stories are important and need to be told. All of these activities represent multi-faceted, nuanced cultural and historical insights into the early 20th century movement and equality in progress today,” said Janice Monger, consortium co-chair and Staten Island Museum president & CEO.

“In an effort that was many decades in the making, a century ago, women came together to fight for and win the right to vote. While that right was not fully and immediately extended to all women, their continued collective action galvanized movements to expand and give substantive meaning to American democracy after the suffrage victory,” said Valerie Paley, consortium co-chair and senior vice president and chief historian at the New-York Historical Society, where she directs the Center for Women’s History. “Through these cultural experiences across New York City, we hope New Yorkers and visitors alike will be inspired by the women who made history and the women who are making history now,” she added.

The Women’s Suffrage NYC Centennial Consortium will continue to grow as new programs and exhibitions are announced during the year.

The Women’s Suffrage NYC Centennial Consortium has been supported by the founding organizations and Humanities New York. 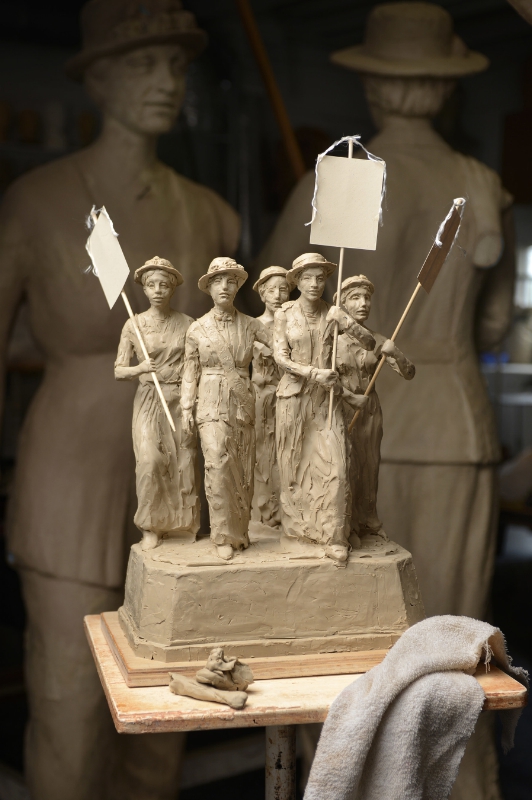 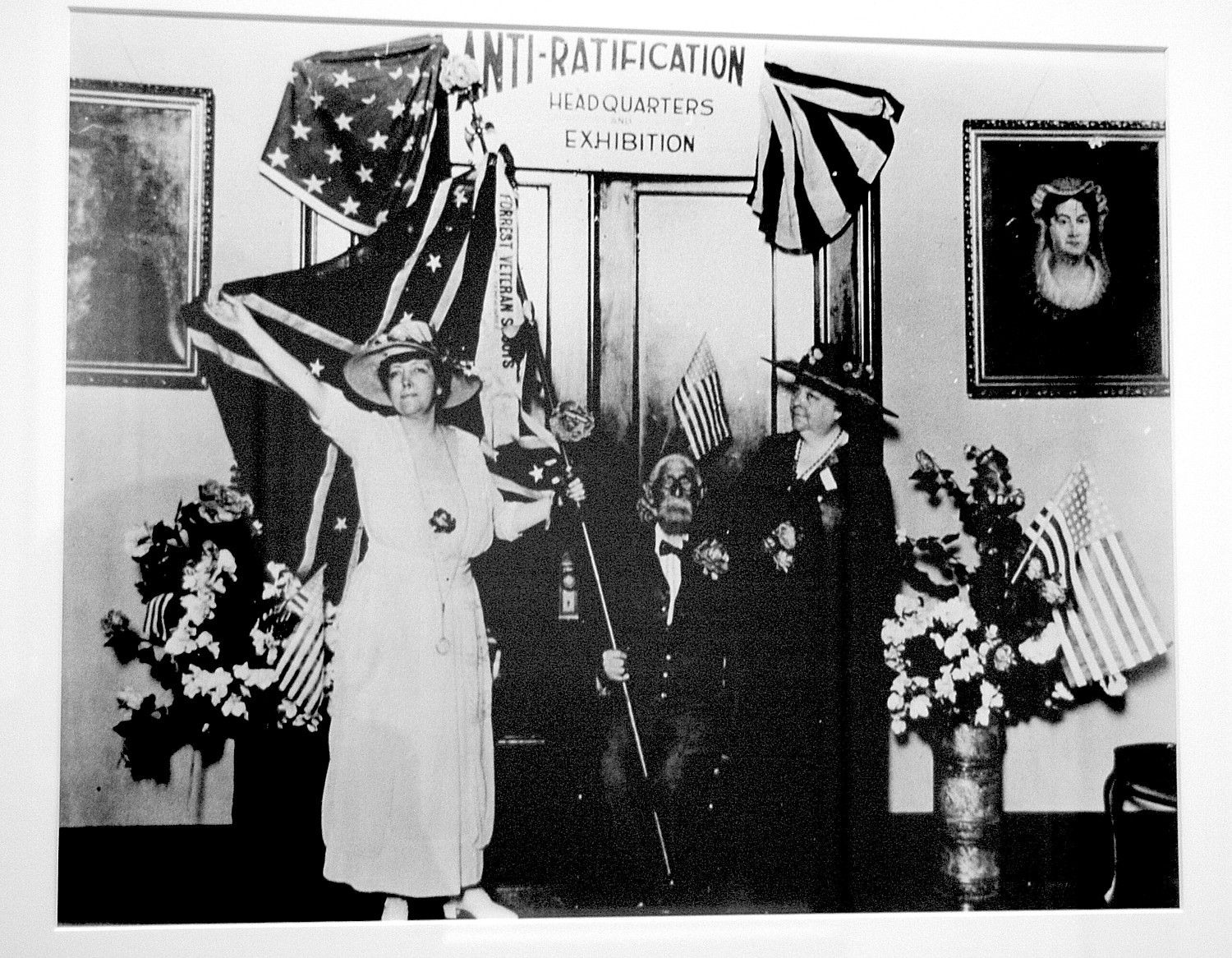 A photo hung at The Hermitage Hotel in downtown Nashville immortalizes the fact that the hotel was headquarters for both the Suffragettes and the anti-Suffragette movements lobbying the Tennessee Legislature, which ultimately became the last state needed to ratify the 19th Amendment © Karen Rubin/goingplacesfarandnear.com 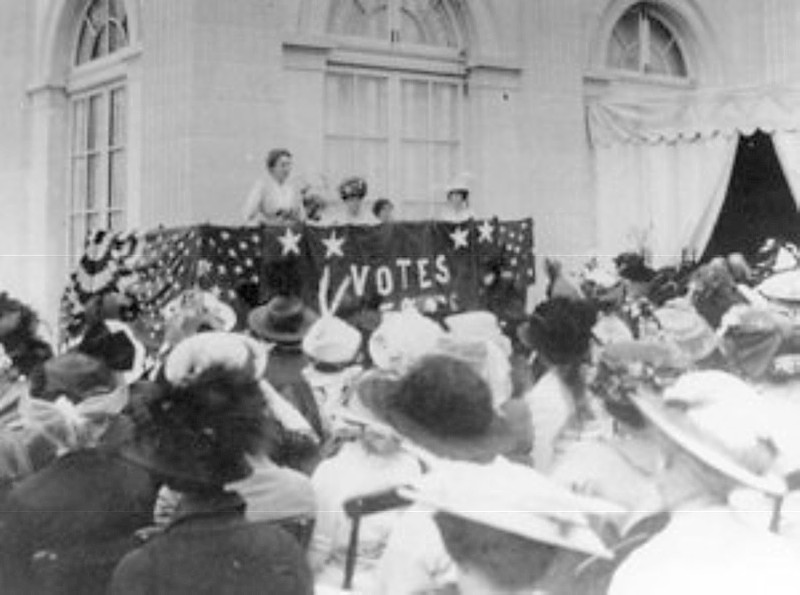 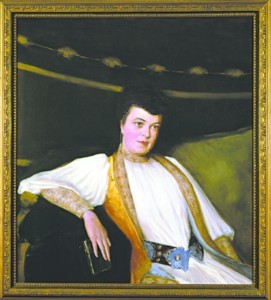