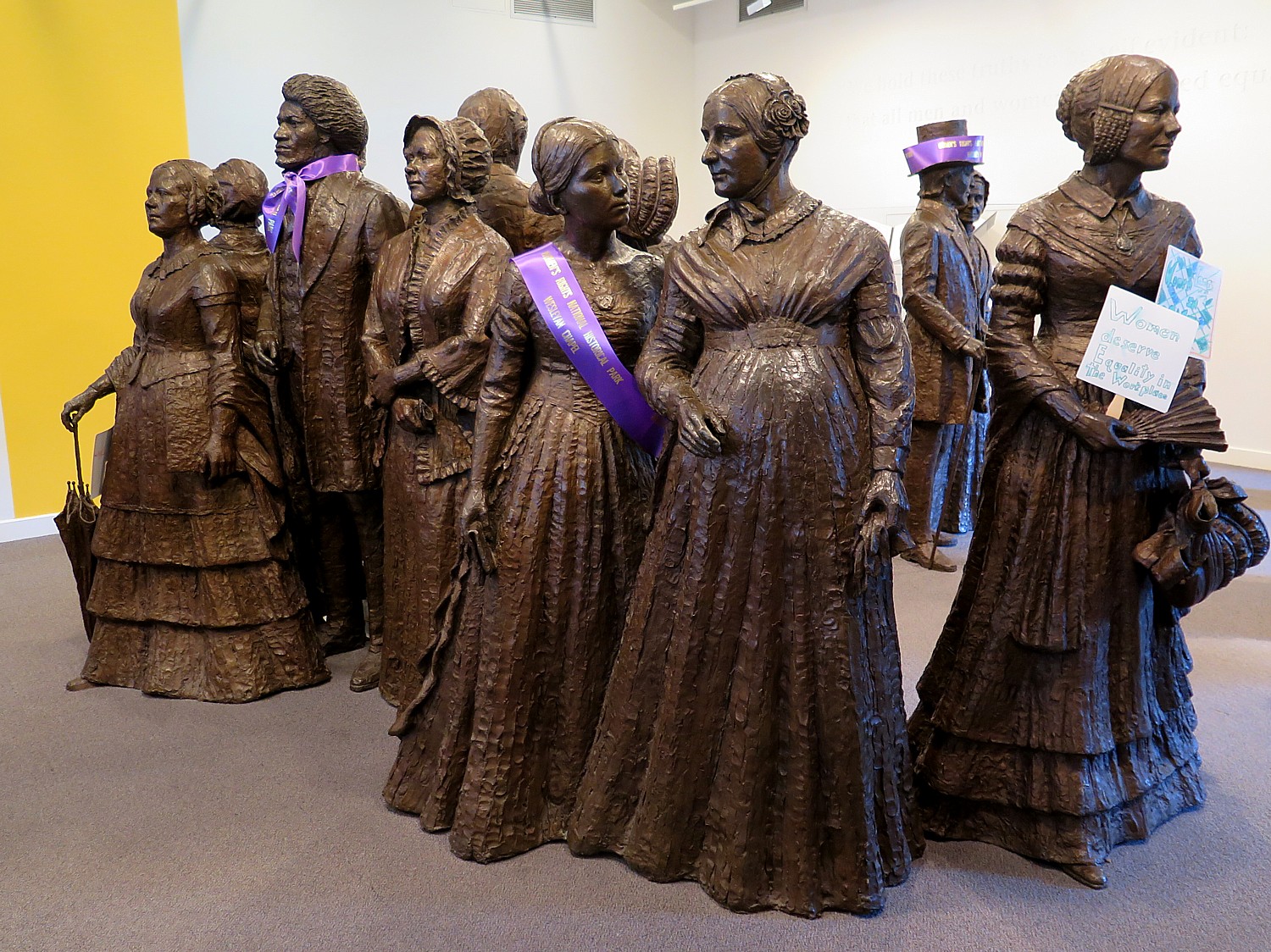 On the 100th Anniversary of the 19th Amendment, which gave women the right to vote, Governor Andrew M. Cuomo today announced an effort to stabilize and preserve the childhood home of prominent 19th century women’s rights activist Susan B. Anthony, in Washington County. The work at the 1832 two-story brick home on Route 29 in Battenville where Anthony lived from ages 13 to 19, which includes repairs to the roof, masonry and drainage, as well as mold remediation and water damage, is expected to be complete by September.

“New York has been the birthplace to many of the progressive movements that have left an indelible mark on our society while pushing the nation forward and particularly for women’s suffrage, which began at Seneca Falls and included legendary New Yorkers such as Susan B. Anthony, Elizabeth Cady Stanton and so many more,”Governor Cuomo said. “As we commemorate the 100th anniversary of women gaining the right to vote, we must also recognize there is more work to be done. New York will continue to lead the nation in creating greater equality for all and we are proud to preserve and enhance this important part of American history for future generations.”

“On the anniversary of the ratification of the 19th Amendment, this development will stabilize Susan B. Anthony’s childhood home in Washington County, allowing for the reuse of the property,” said Lieutenant Governor Kathy Hochul. “While the Susan B. Anthony House and Museum in Rochester showcases the history of one of the world’s greatest revolutionaries, this project will further preserve Anthony’s legacy in New York State. As the birthplace of the women’s rights movement, New York was the first major state to grant the right to vote in the country, leading the way for the 19th Amendment. As we celebrate the centennial of women’s suffrage, we still have more work to do to achieve true equality and justice. Now more than ever, we must embrace this time to continue to fight for real change.”

This year is also the 200th anniversary of Susan B. Anthony’s birth, in 1820. The child of a Quaker family that promoted abolition and temperance, she lived in Washington County, in Battenville and later in Center Falls, from 1826 to 1845 between the ages of 6 and 25 before her family moved to Rochester.

Governor Cuomo also announced that the state Office of Parks, Recreation and Historic Preservation, which is managing the $695,000 stabilization project, has reached a purchase agreement on an adjoining four-acre site that contains a former historic tavern dating to the period when the Anthony family lived next door. Supported by the state Environmental Protection Fund, the $130,500 purchase will allow for future creation of adequate parking for the Anthony home and serve as a staging area for continued phased redevelopment of the building for an as-yet undetermined future use.

State Parks Commissioner Erik Kulleseid said, “Part of our mission is the preservation of our state’s historic legacy. The home where Susan B. Anthony spent her formative years has a story to tell and we want to get the home in the proper condition, so it one day is able to tell it.”

The stabilization project is supported by a $250,000 grant obtained by state Assembly Member Carrie Woerner and the remainder from New York Works; support was also obtained by State Senator Betty Little.

The Battenville home was built in 1832-33 by Anthony’s father who had moved the family from Adams, Mass., to manage a cotton mill on the nearby Battenkill River. At the age of 13, Susan joined the Easton Society of Friends. The Anthonys lost their home in 1839 due to financial setbacks caused by a national financial recession in 1837. The former family residence was in a state of disrepair by the time State Parks purchased it at foreclosure for $1 in 2006.

Anthony, who died in 1906 at age 86, worked for decades to advance women’s rights, but did not live to see the passage of the 19th Amendment in 1920. She is buried in Rochester.

“To have played a small role in preserving this unique part of the history of Susan B. Anthony’s life truly is a privilege,” Greenwich Supervisor Donald Ward said. “The Town of Greenwich is supportive of NYS efforts to revitalize the Anthony home. The home is a symbol of those Suffragettes that battled for the Womens Right to Vote. In the future we are hoping the SBA house will become a historical site bringing visitors to Greenwich and honoring our hometown heroine. It is my hope that in doing so we are helping assure that the magnitude of her accomplishments, her courage and her unwillingness to yield in the face of enormous obstacles will never be forgotten.   As we commemorate the centennial of women’s suffrage this year, we celebrate the life of this remarkable woman who recognized that the ideals enshrined in the U.S. Constitution are, in fact, a call to action to be better individuals and to be a better nation.”

Assembly Member Carrie Woerner said, “Susan B. Anthony’s contributions to our nation through the Women’s Suffrage movement are crucial pieces of history, and on the 100th Anniversary of the 19th Amendment I am pleased to see her homestead in Washington County brought back to life for countless generations to visit and learn from. The dedication and relentless passion of local community leaders have been essential in the restoration of this historic property and I am glad to continue to lend my support to this project.”

Salem Supervisor Evera Sue Clary said, “We are honored to support the woman whose formative years were spent here on the banks of the Battenkill. Susan B. Anthony reminds us of the power of women, the power of the vote, and the importance of taking risks in order to force necessary change in our society. May she continue to inspire our local youth and beyond to create good trouble she is remembered for. ”

“I have passed that schoolhouse thousands of times. It at one time way back bordered my family property,” Jackson Supervisor Jay Skellie said. “Some of my relatives attended it and my grandmother taught there for a short time. To think that events that happened there to Susan B Anthony set her course in life which would change history for women in the U.S. is mind blowing.”

Ann Kril, Co-President of the League of Women Voters of Saratoga County, said, “It is fitting that NYS announces the work to preserve the childhood home of suffragist Susan B. Anthony on this 100th anniversary of the ratification of the 19th Amendment, which is also the 100th anniversary of the transformation of the National Woman Suffrage Association into the League of Women Voters.”

New York State Office of Parks, Recreation and Historic Preservation oversees more than 250 individual parks, historic sites, recreational trails and boat launches, which were visited by a record 77 million people in 2019. A recent university study found that spending by State Parks and its visitors supports $5 billion in output and sales, 54,000 private-sector jobs and more than $2.8 billion in additional state GDP. For more information on any of these recreation areas, call 518-474-0456 or visit parks.ny.gov, connect on Facebook, or follow us on Twitter. The free New York State Parks Explorer mobile app is available for iOS and Android devices. To download, visit: Google Play Store, NY State Parks Explorer App or Apple Store, NY State Parks Explorer App.