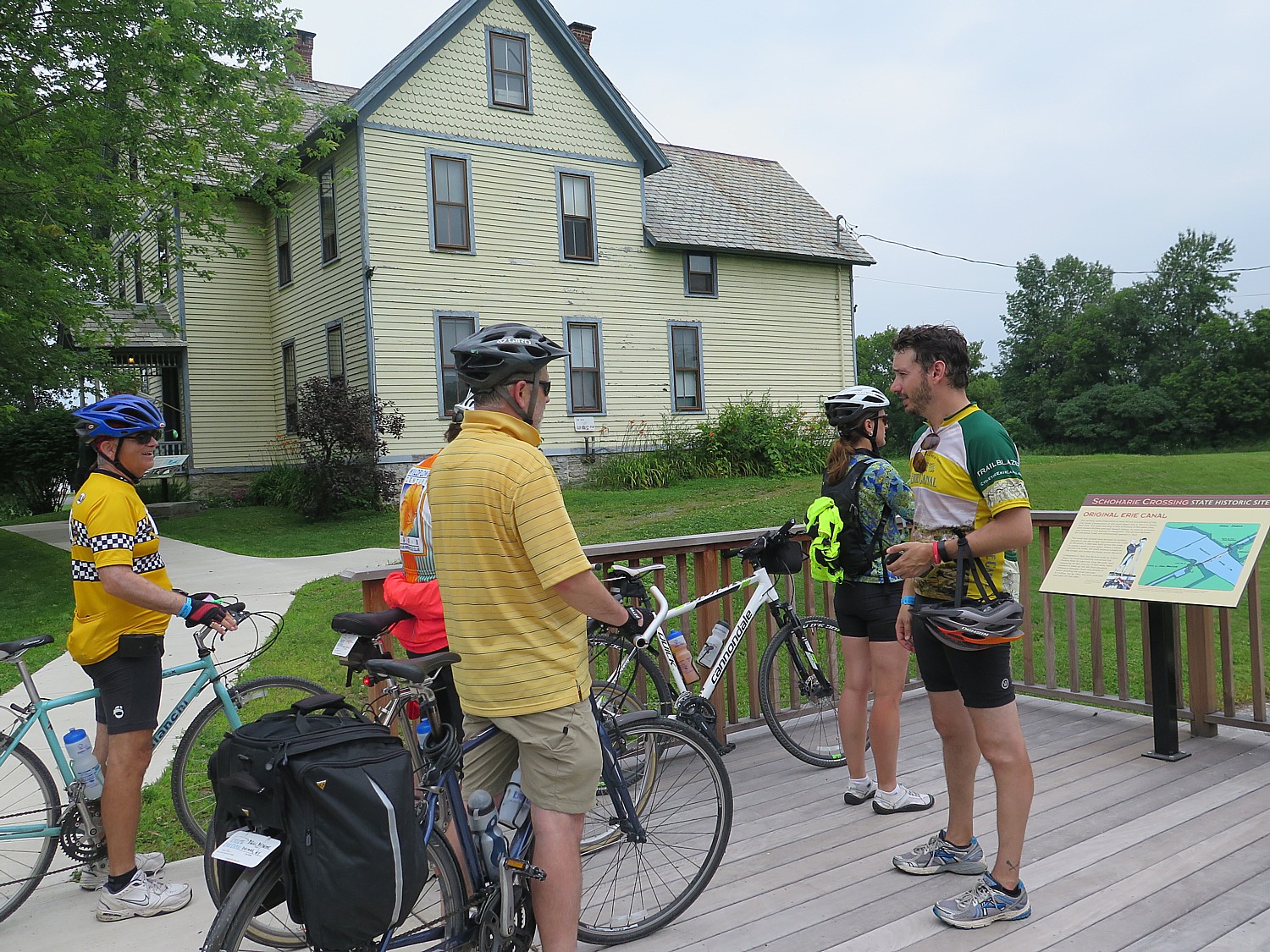 Schoharie Crossing State Historic Site in Fort Hunter, where you can see all 3 versions of the Eric Canal, has special activities planned during the Path Through History weekend, June 17-18 © Karen Rubin/ goingplacesfarandnear.com

New York State is hosting two Path Through History Weekends during 2017: the first coincides with Father’s Day, June 17-18, and the other with Columbus Day, October 7-9. Each weekend will feature hundreds of exciting events at historic venues across the state that promote New York’s rich culture and heritage. Interactive science museums, living history museums and former battlefields are among the cultural and historic sites planning reenactments, activities and tours throughout the weekends. In addition, many historic districts and parks will offer festivals with live music, crafts, and local foods.

Introduced by Governor Andrew M. Cuomo in 2012, the Path Through History initiative uses 13 themes to organize more than 700 heritage sites across the state. The Path Through History website includes maps, a user-friendly list of historical sites organized theme and region, and an itinerary builder to help plan your trip, as well as road signs on highways that direct visitors to historic destinations.

Some highlights of the June 17-18 Father’s Day Path Through History Weekend from New York’s eleven vacation regions include:

The Adirondacks
During Father’s Day at the Fort, families can step back to the year 1757 and the days of the French and Indian War at Fort William Henry in Lake George. There are daily cannon and musket firings and soldiers engaging visitors. Children can drill with the King’s Army and receive a certificate and coin for signing up. Admission for fathers is FREE during Father’s Day Weekend, June 17 – 18 from 9:30 a.m. to 6:00 p.m.

Capital Region-Saratoga
The Stockade Scavenger Hunt in Schenectady, beginning at 10 a.m. on June 17, invites participants to learn fun facts about the city’s more than 300 years of history as they follow clues that lead around the Stockade Historic District. Clues are all-new so last year’s attendees are encouraged to return. The event is FREE and registration is encouraged.

The Catskills
Learn about the rich, famous and forgotten resort of Highmount before Belleayre and other ski resorts helped make the area a winter sports destination. Before Belleayre: An Illustrated History of Highmount will take place June 17 at 7 p.m. at HSM Hall, 778 Cemetery Rd., Margaretville.

Central New York
On June 17, participants will be asked to separate fiction from fact at History & Hearsay: Bits of History & Mystery Along the Trails of Schoharie Crossing, a guided tour of the Schoharie Crossing State Historic Site in Fort Hunter. The FREE 90 minute walking tour starts at 3 p.m. and covers about a mile of the canal trail.

Chautauqua-Allegheny
It’s Family Day at the Cattaraugus County Historical Museum in Machias on June 17, with a full slate of entertainment and activities. At noon, The Fiddle Kids of Western New York will perform, followed by a concert by the Bent Brass Band at 2:00. There will be a blacksmith demonstration and the grand opening of a new exhibit: “The Greatest Event of the Year; An Exhibit of the Cattaraugus County Fair.” The event is FREE and open to the public.

Finger Lakes
The Celts played a major role in shaping the history of this region and the Genesee Country Village & Museum will host a Celtic Faire to celebrate the culture, history and traditions of its Scottish and Irish settlers with performances by regional pipe bands, Irish dancers and authentic food and drinks. The faire takes place on June 17 from 10 a.m. to 4 p.m.

Greater Niagara
The 269-acre Forest Lawn Cemetery is one of Buffalo’s most fascinating attractions and the final resting place of many well-known personages and Civil War soldiers. On June 18, Forest Lawn’s Civil War Trolley Tours (at 12:30 p.m. and 3 p.m.) will help visitors learn about these historic and heroic figures. A few might even “pop up” to tell their stories in person, and exhibits will display Civil War memorabilia and highlight the region’s involvement in World War I.

Hudson Valley: A petting zoo and the chance to participate in 18th century games are among the added attractions on Children’s Day, at the New Windsor Cantonment on June 18 from 1 to 4 p.m. This state historic site in New Windsor offers a glimpse into the daily lives of soldiers and the women and children “camp followers” during the final encampment of the Continental Army during the American Revolution with demonstrations on blacksmithing, camp life, and military drills by costumed interpreters.

Long Island
Shiploads of pirates will be descending upon the 14-acre Long Island Maritime Museum in Sayville for its annual Pirate Festival, June 17-18 from 11 a.m. to 6 p.m. Historic reenactments by pirates, live music, storytelling, inspired crafts and great grub make it fun for all.

New York City
On Father’s Day, visitors can get a rare view of how Hessian soldiers lived during the Revolutionary War in a Hessian Hut that is rarely open to visitors. The Hessian Hut sits on the grounds of the 18th century Dyckman Farmhouse Museum at Broadway and 204th Street. FREE tours of the Hessian Hut begin at noon on June 17.

Thousand Islands-Seaway
Discover the connection between historic Sackets Harbor’s military story and today’s Fort Drum, home of the Army’s 10th Mountain Division at the Sackets Harbor Battlefield State Historic Site. Learn how the US Army set up their Madison Barracks quarters in Sackets Harbor just after the War of 1812 in 1816, but eventually out grew the post making it necessary to relocate to land that became Pine Camp, Camp Drum, and today Fort Drum.

“The Corning Museum of Glass is the epitome of cultural heritage in Upstate New York. Corning has a long glassmaking history, steeped in 150 years of tradition,” Beth Duane, Chief Communicators Officer said. “We share our story and the entire 35-century history of glass each year with more than 460,000 visitors, and the Path Through History weekends help us reach new visitors interested in heritage tourism.”

For more exciting and educational things to do on this year’s Father’s Day and Columbus Day weekends, visit Path Through History Weekends for a full list of events, searchable by location and special interests.