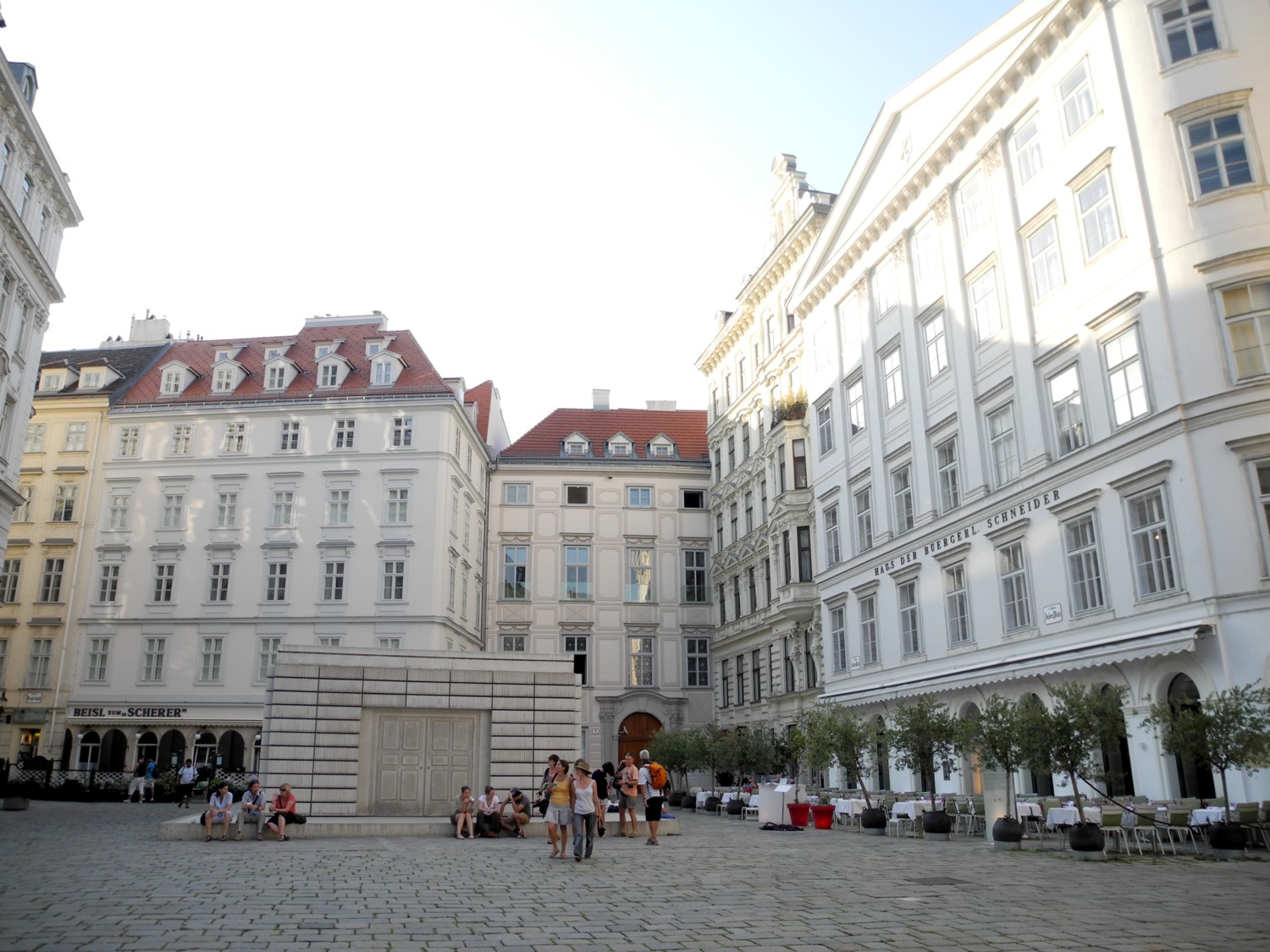 Judenplatz, the historic Jewish Quarter of Vienna, Austria, has a museum, an archeological excavation of a Medieval synagogue, and Holocaust memorial. © 2016 Karen Rubin/goingplacesfarandnear.com

The Jewish Vienna Walking Tour is led by a small group of historians, visiting key sites in Vienna, including: the City Temple, Holocaust Memorial, and neighborhoods of notable Jewish residents like Theodor Hertzl.

Docents from the Context network around the world share their insight and views on some of the greatest Jewish Heritage sites in the world, including their favorite synagogues and critical Holocaust Memorials that you must visit if you consider yourself an informed world citizen. See:
Holocaust Memorials Around the World and Jewish Synagogues Across the World

Here are links to the 15 tours: