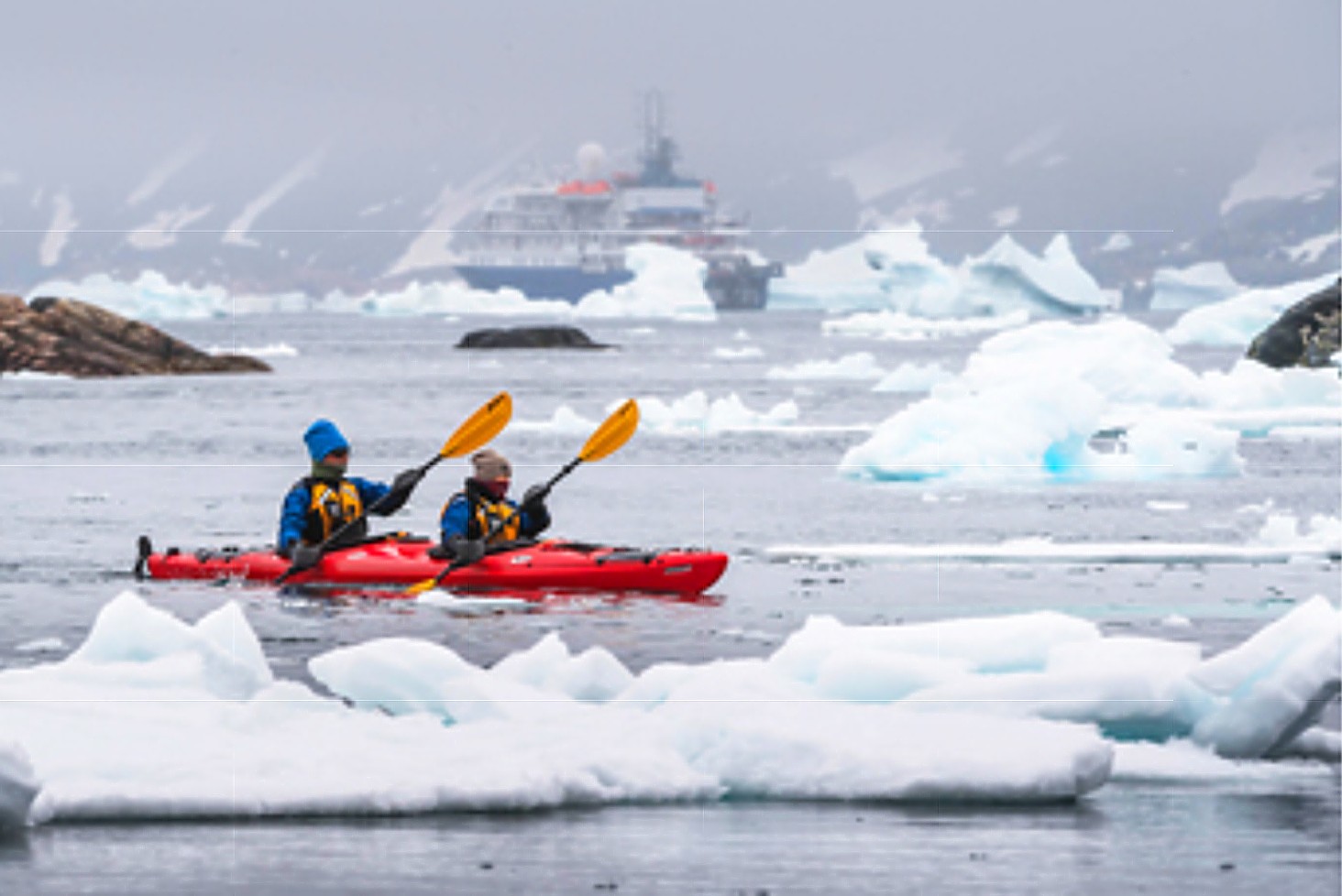 PROVIDENCE, RI– In an ancient ice age the four-legged critter we associate with Santa’s sleigh lived as far south as Tennessee. Whether those reindeer picked up a southern drawl is still up for debate.

What’s non-debatable is that Rangifer tarandus or reindeer (aka caribou), meaning snow shoveler, was so named by the Mi’kmaq, who were among original inhabitants of the Atlantic Provinces of Northern Canada.

The specialists in Arctic cruises, Poseidon Expeditions, offers opportunities aplenty in the high Arctic wilderness between Norway and the North Pole to see reindeer as well as the King of the North, polar bear in their natural habitat. On Arctic Wildlife Safari and Best of Svalbard cruises, guests can observe and learn such fun facts about these animals as…

A reindeer’s hide is covered with hair follicles that are hollow and that trap air that provides insulation.

Their noses warm the air before it reaches the lungs.

In the winter, facial hair grows long to the mouth, protecting muzzles while grazing in snow.

They vocalize through air sacs in their neck, males warning other males away from girlfriends and females communicating with their young.

The knees of one subspecies of reindeer make a clicking noise while walking, sounds that allow a herd to stay together in a blizzard.

And about the polar bear?

Adult females often weigh between 500 and 600 pounds; males are double these weights. Cubs enter the world at around one pound, females reaching full weight at age five and males by age 10.

Ask anyone what color a polar bear is and they’ll reply “white” with total confidence. The fact is, their fur is actually transparent and holds no color. It only appears white because it reflects visible light. The transparent fur also traps in the sun’s heat to help keep the polar bear warm.

When polar bears swim, they use their large front paws to propel themselves through the water and their back legs to steer. They can actually move pretty fast at approximately at 6 mph, closing their nostrils when under water.

They can go days, even weeks, without eating. When they reach a week or more without food, their metabolism slows down and goes into starvation mode until the next meal.

Polar bear cubs learn to freeze or “play dead” while momma bear hunts for food. If they’re caught moving, mom will discipline them, with a smack to the head.

Two-thirds of polar bears could disappear by 2050 due to disappearing hunting grounds, or sea ice. They are now compelled to swim such long distances that they are drowning from exhaustion.

While cruising around seldom-visited, natural preserves of the far north, guests may also experience polar wildlife from the perspective of a kayak. Imagine paddling with bearded seals, large and peaceful creatures that are often encountered at close range reposing on ice floes in sheltered bays and fjords. Harbor seals and ringed seals can be seen from a kayak as well. Sometimes massive walrus can also be seen.

Guests may also access beluga whales via kayak. Paddling with these gentle and intelligent creatures in the wild — hearing their breaths and feeling their inquisitive gaze upon you — is a life-changing experience, especially if it happens to be a pod of over a hundred beluga whales swimming in long procession past and underneath the kayaks.

Best of Svalbard, Svalbard & Polar Ice Edge cruises offers three departures in June and July 2020. Children under age 12 travel at half the regular rate when sharing a double-occupancy cabin with an adult. Per person double rates are from $10,095 double in a main deck suite.

For inquires and reservations in North America, or to request a catalog, contact the company’s Providence, RI, sales and reservation office at www,poseidonexpeditions.com or call 347-801-2610, or contact your travel agent.

With offices in the US, UK, Germany, Russia, Cyprus and China, Poseidon Expeditions is a leading provider of polar expeditions in the cruise industry. The company is committed to safe and environmentally responsible polar travel. It is a member of the International Association of Antarctica Tour Operators (IAATO) and the Association of Arctic Expedition Cruise Operators (AECO).