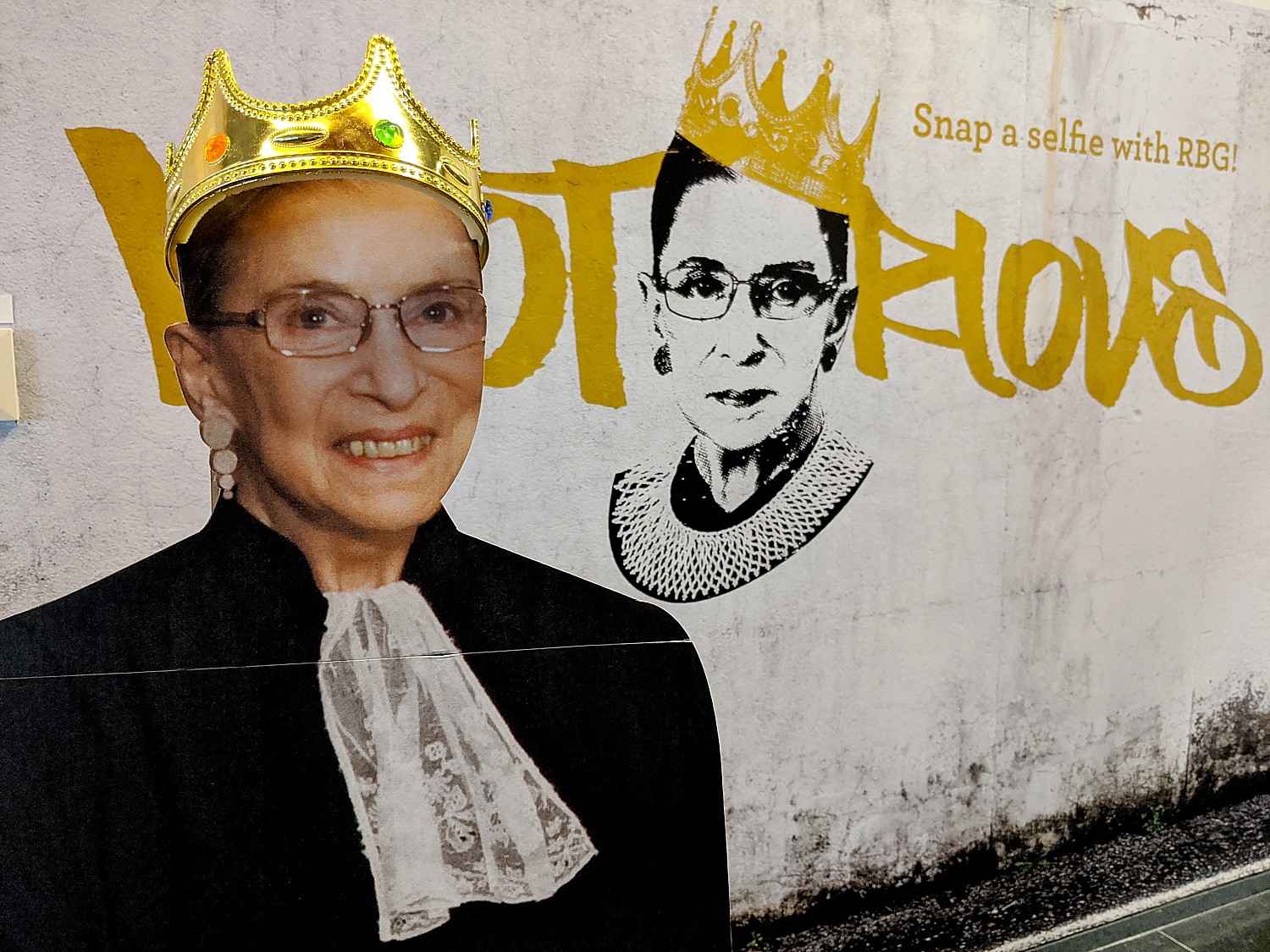 NEW YORK, NY – September 25, 2020 – The New-York Historical Society will honor the late Ruth Bader Ginsburg (RBG)—the trailblazing Supreme Court justice and cultural icon—with a special exhibition next year. On view October 1, 2021 – January 23, 2022, Notorious RBG: The Life and Times of Ruth Bader Ginsburg is based on the popular Tumblr and bestselling book of the same name. A traveling exhibition organized by the Skirball Cultural Center in Los Angeles, the show takes an expansive and engaging look at the justice’s life and work, highlighting her ceaseless efforts to protect civil rights and foster equal opportunity for all Americans.

“We were deeply saddened by the recent passing of Ruth Bader Ginsburg, a native New Yorker whose impact on the lives of contemporary Americans has been extraordinary,” said Dr. Louise Mirrer, president and CEO of the New-York Historical Society. “Justice Ginsburg fought hard to achieve justice and equality for all, inspiring us with her courage and tenacity in upholding our fundamental American ideals. A special friend to New-York Historical, in 2018 she presided over a naturalization ceremony in our auditorium, one of many that we are honored to host annually. The exhibition we had planned as a celebration of Justice Ginsburg’s life will now be our memorial tribute to her achievements and legacy.”

The exhibition also displays 3D re-imaginations of key places in RBG’s life—such as her childhood Brooklyn apartment; the kitchen in RBG and Marty’s home, with some of Marty’s favorite recipes and cooking utensils; and the Supreme Court bench and the desk in her chambers.

Personal materials range from home movies of RBG with Marty on their honeymoon and in the early years of their marriage to yearbooks from RBG’s academic life—from her Brooklyn high school to Harvard, Columbia, and Rutgers Universities—to a paper that she wrote as an eighth grader exploring the relationship between the Ten Commandments, the Magna Carta, the Bill of Rights, the Declaration of Independence, and the recently formed United Nations Charter.

After debuting at the Skirball Cultural Center in 2018, Notorious RBG: The Life and Times of Ruth Bader Ginsburg has toured the country and is currently on view at the Illinois Holocaust Museum & Education Center, Skokie, IL (February 9, 2020–January 31, 2021) and will travel to the Maltz Museum of Jewish Heritage in Cleveland (February 21–June 20, 2021). After its New York run, the exhibition will travel to the Holocaust Museum Houston in Houston (January 2022); and the Capital Jewish Museum in Washington, D.C. (summer/fall 2022).

The New-York Historical Society presentation of Notorious RBG: The Life and Times of Ruth Bader Ginsburg is sponsored by Northern Trust. Exhibitions at New-York Historical are made possible by Dr. Agnes Hsu-Tang and Oscar Tang, the Saunders Trust for American History, the Seymour Neuman Endowed Fund, the New York City Department of Cultural Affairs in partnership with the City Council, and the New York State Council on the Arts with the support of Governor Andrew Cuomo and the New York State Legislature. WNET is the media sponsor.

The Skirball Cultural Center is a place of meeting guided by the Jewish tradition of welcoming the stranger and inspired by the American democratic ideals of freedom and equality. We welcome people of all communities and generations to participate in cultural experiences that celebrate discovery and hope, foster human connections, and call upon us to help build a more just society.

The New-York Historical Society, one of America’s preeminent cultural institutions, is dedicated to fostering research and presenting history and art exhibitions and public programs that reveal the dynamism of history and its influence on the world of today. Founded in 1804, New-York Historical has a mission to explore the richly layered history of New York City and State and the country, and to serve as a national forum for the discussion of issues surrounding the making and meaning of history. New-York Historical is also home to the Patricia D. Klingenstein Library, one of the oldest, most distinguished libraries in the nation—and one of only 20 in the United States qualified to be a member of the Independent Research Libraries Association—which contains more than ten million books, pamphlets, maps, newspapers, manuscripts, prints, photographs, and architectural drawings.