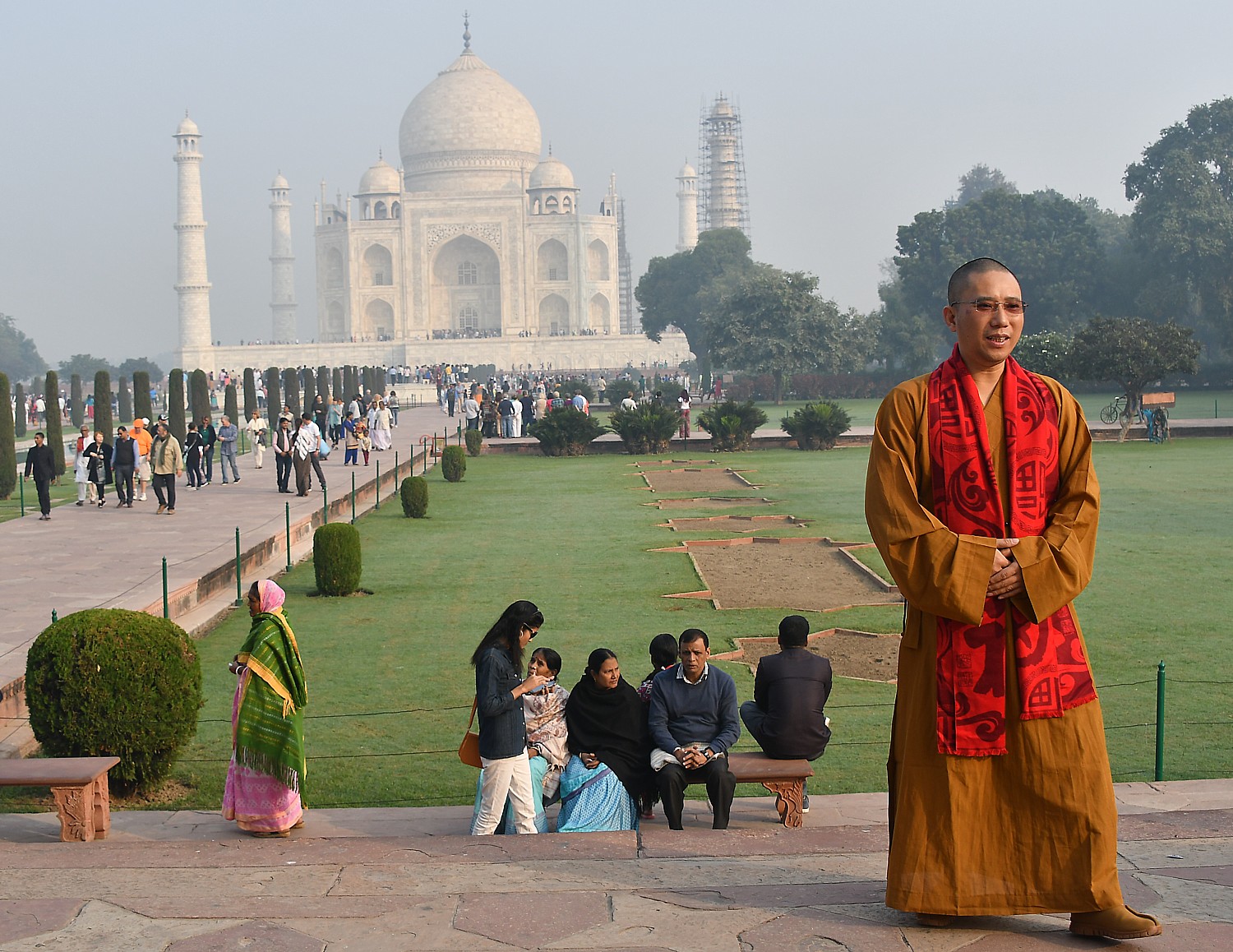 Bellevue, WA —Chances are you’re never going to climb Mount Everest, so the next best way to see the world’s highest mountain (along with the most fascinating cities of India and Nepal) is on World Spree’s Exotic India and Nepal trip.  If you can plan ahead for an Early-Bird Special, the 14-day air-inclusive tour costs $1,799 in May of 2019.  In the meantime, the price is higher, but still a good deal.

The tour starts with sightseeing in Old Delhi, a chaotic but spellbinding scene of markets, mosques and Mughal Empire remains.  A sharp contrast is the colonial architecture of New Delhi, built by the British  in the early 20th century.  The tour continues with two days in the enchanting city of Agra, home to that legendary symbol of love, the beautiful white marble Taj Mahal. Then it’s on to  the capital of Rajasthan, Jaipur,  known as the “pink city” for its rose-hued buildings, and a jeep trip to the hilltop Amber Fort.

On the last day in Nepal, it’s possible to take an early-morning flight (Optional Tour: $220 per person, to be paid directly in Nepal) above the mighty Himalayas for a close-up view of Mount Everest and the surrounding mountains, an easy way to see the world’s tallest peak. Then it’s back to Delhi for a celebratory farewell dinner and transfer to the airport for the flight  home.

All prices are per person, double occupancy and are subject to availability.  For more information, visit www.worldspree.com, click Destinations and then Nepal, or call toll-free 1-866-652-5656.

World Spree Travel, which started 12 years ago as China Spree, with tours of China, is a tour operator renowned for its 5-star trips at 3-star prices.  Based in Bellevue, Washington, World Spree has expanded all over Asia and now operators tours to China, Vietnam, Cambodia, Laos, Thailand, India, Nepal, Bhutan, Bali and, yes, Peru. Japan and Ecuador are coming soon.  It is telling that 70% of World Spree’s tour participants are repeat clients who value well-planned trips at a reasonable price.