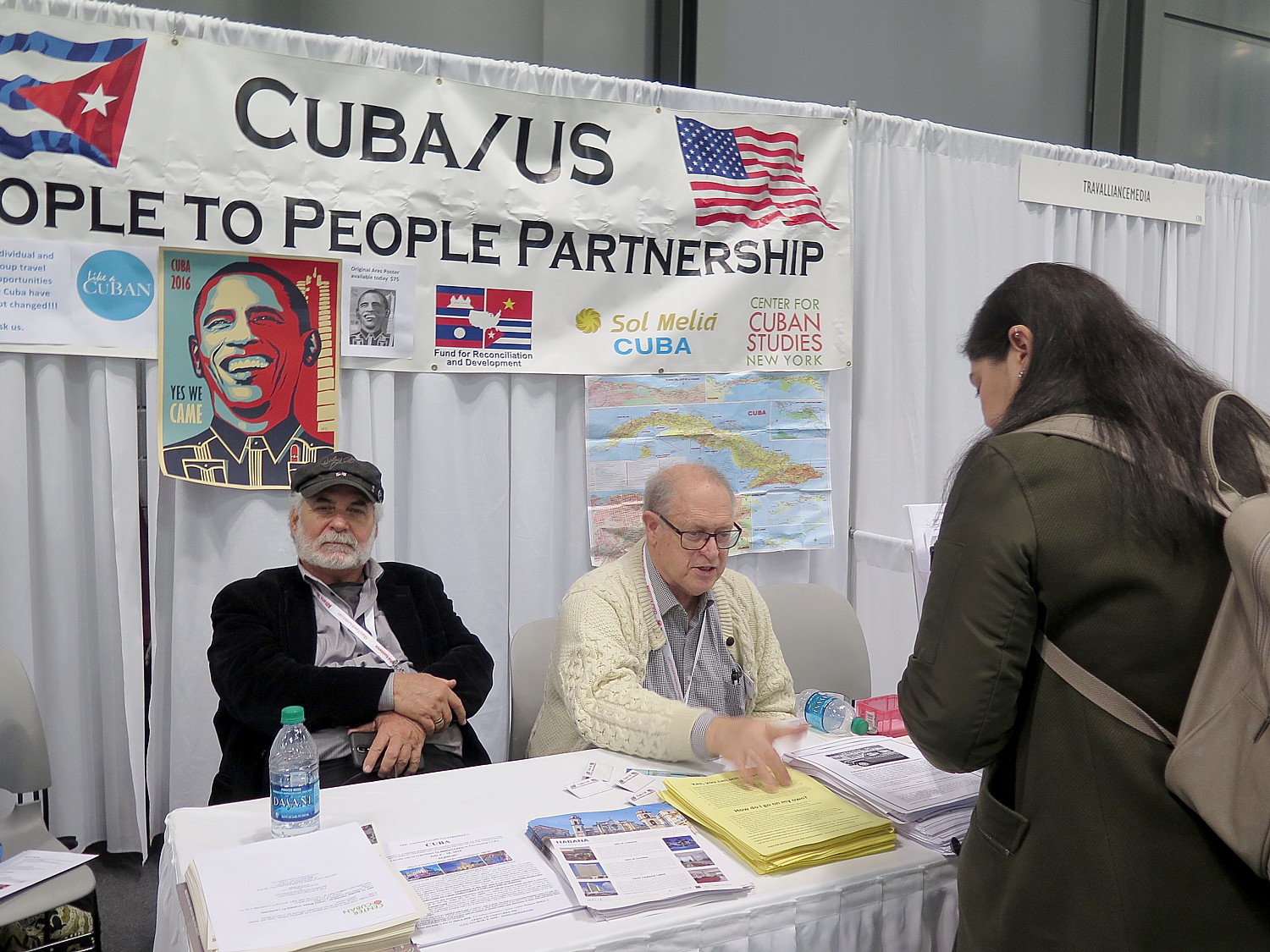 WASHINGTON, D.C., MARCH 1, 2018 — A group of 28 leading U.S. tour operators and organizations specializing in educational travel and exchanges with Cuba is calling on the U.S. State Department to re-staff its Embassy in Havana and change Cuba’s travel advisory from a Level 3 (“reconsider travel”) to at least a less intimidating Level 2 (“exercise increased caution”). The request comes on the eve of the State Department’s decision about whether or not to return the U.S. diplomats to the Embassy, expected to be announced on March 4.

(The US State Department said it would not restore the diplomats.)

Beginning in late September 2017, after reports that 24 U.S. Embassy employees in Havana had suffered unexplained health ailments, the Trump Administration withdrew 60 percent of its Embassy staff from Havana, issued a Travel Warning urging Americans not travel to Cuba, and expelled 15 diplomats from Cuba’s Embassy in Washington, D.C. In January 2018, the State Department issued a new global travel advisory system, which ranks Cuba as Level 3.

“A Level 3 rating is not justified for Cuba since there are no confirmed causes of private citizens or travelers contracting symptoms similar to the diplomats,” says Andrea Holbrook, President and CEO of Holbrook Travel, one of the companies that signed the petition. (The list of signatories is provided below). “This inappropriate travel warning has caused fear and confusion and has sharply reduced the number of U.S. citizens traveling to Cuba,” Holbrook adds. “It has also affected travel businesses in the States and in Cuba, including those small businesses, like B&Bs and home restaurants, which depend so heavily on American tourists.”

A survey of 42 tour operators and educational travel organizations conducted in late January 2018 by the Center for Responsible Travel (CREST) found that not one of their travelers reported suffering from health issues similar to those of the Embassy employees. Collectively, those surveyed sent more than 42,000 U.S. travelers to Cuba in 2016 and 2017. In addition, there have been no confirmed cases of similar illness among the estimated 700,000 private U.S. citizens who visited the island nation in 2017.

A lengthy ProPublica article, published February 14, 2018, provides the first detailed chronology of the diplomats’ afflictions and the subsequent official — but, to date, inconclusive — investigations by the United States, Cuba, and Canada, and makes clear that the general public is not threatened. In fact, in January 2018, Cuba was voted the safest place to travel at the International Travel Fair in Madrid.

During a meeting on January 12 with State Department officials, a group of American tour operators, travel associations, and Cuba experts were told that a Level 3 rating is automatically triggered by a “drawdown” of U.S. Embassy personnel as a result of the “No Double Standard” policy articulated in the Foreign Affairs Manual.

According to the State Department, this policy originated after the terrorist bombing of a passenger airliner over Lockerbie, Scotland, in 1988, in the interest of sharing information publicly about potential threats against U.S. citizens. That policy, however, also states it is “not intended to prevent the limited distribution of information about threats to specific U.S. citizens/nationals or U.S. organizations.”

“The ‘No Double Standard’ policy leaves the option for the State Department to report threats only to those parties that might be affected by similar incidents,” says Kate Simpson, President of Academic Travel Abroad, Inc, a Washington, D.C.-based educational travel company. “So why was this more limited approach not employed in the case of Cuba, given that the affected group consists only of diplomats, many of whom are known to be intelligence officers and their families?”

Simpson adds, “The fallout from the State Department’s actions has negatively impacted not only U.S. companies and institutions sending travelers to Cuba for educational purposes, but the lack of Embassy staff in Havana has also made it extremely difficult for Cuban citizens to attain visas for visits to the United States.”

On March 4, the State Department faces a mandatory deadline requiring that, six months after an Embassy drawdown, staff must either be reassigned or sent back to their original post. The draw down in Havana began in early September 2017 as Hurricane Irma hit the island and was increased to 60 percent of staff later in the month, in the wake of media revelations about afflictions to the two dozen U.S. diplomats and a handful of staff in the Canadian Embassy. Canada has launched an investigation but has not downsized its Embassy or issued any travel warning to its citizens.

The 28 tour operators and organizations specializing in educational travel to Cuba are calling for the State Department to return more consular officers to the U.S. Embassy in Havana. Ambassador Barbara Stephenson, President of the American Foreign Service Association, the union that represents U.S. foreign-service officers, and some diplomats who were interviewed for the ProPublica article indicated that this is also their wish — to return U.S. diplomats to Cuba. This would, the group hopes, eliminate the trigger that has categorized the country as a Level 3.

The group further questions how Cuba can be rated as a Level 3 while countries with known security risks — such as Israel, Egypt, Algeria, Mexico, and Ethiopia — are rated as Level 2. In addition, the State Department advisories for some countries include alerts pertaining to particularly dangerous parts of their countries. Mexico, for instance, while rated Level 2 overall, is given ratings of Levels 3 and 4 (“do not travel”) for certain states.

“While the new travel advisory system is a welcome improvement, in terms of clarity and organization,” says Ms. Simpson, “it is disappointing to have the Cuba rating starkly reveal political bias, undermining the credibility of the State Department’s consular services.”

A more acceptable alternative, Simpson and the other signers suggest, would be to rate Cuba at least Level 2 overall and designate the parts of Havana where the health incidents took place as Level 3. “Until it’s discovered what caused these ailments, a Level 2 rating, at least, would more accurately reflect the situation in Cuba,” explains Ms. Holbrook. “And it would help encourage those considering traveling to Cuba to do so.”

To read the full petition, click here. The list of tour operators and educational travel organizations who have signed the petition are: