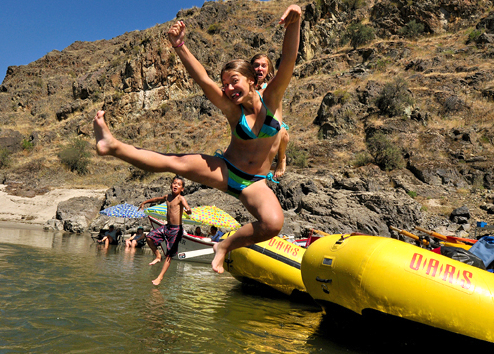 Thanks to a good snowpack, California whitewater forecast is looking like an outstanding season—the best in five years.

Angels Camp, Calif. — It’s been five years since river guides have seen a solid snowpack in California and there has been any kind of buzz about whitewater rafting. But based on the most recent snow survey, and just one year after the driest winter ever recorded in California history, O.A.R.S. is excited to release the best California whitewater forecast in five years.

“There’s no doubt that this will be the best season we’ve seen since 2010 and 2011,” O.A.R.S.’ California Manager and longtime river guide, Chris Moore, said. “We’re especially excited about the opportunity to run the North Fork of the Stanislaus and the North Fork of the American rivers this year, as well as high-water on the Tuolumne. It’s going to be the experience of a lifetime.”

The April 1 surveys reported near normal snowpack totals in the Northern and Central Sierra, a remarkable improvement from the last four years. Statewide, the Department of Water Resources reported that water content of the mountain snowpack is at 87 percent of the historical average—and anything above 85 percent snowpack in the Sierra amounts to outstanding whitewater rafting. To put that in perspective, last year’s statewide snowpack water content was only 5 percent of the historical April 1 average.

WHAT TO EXPECT THIS YEAR ON CALIFORNIA’S SIGNATURE WHITEWATER RIVERS: