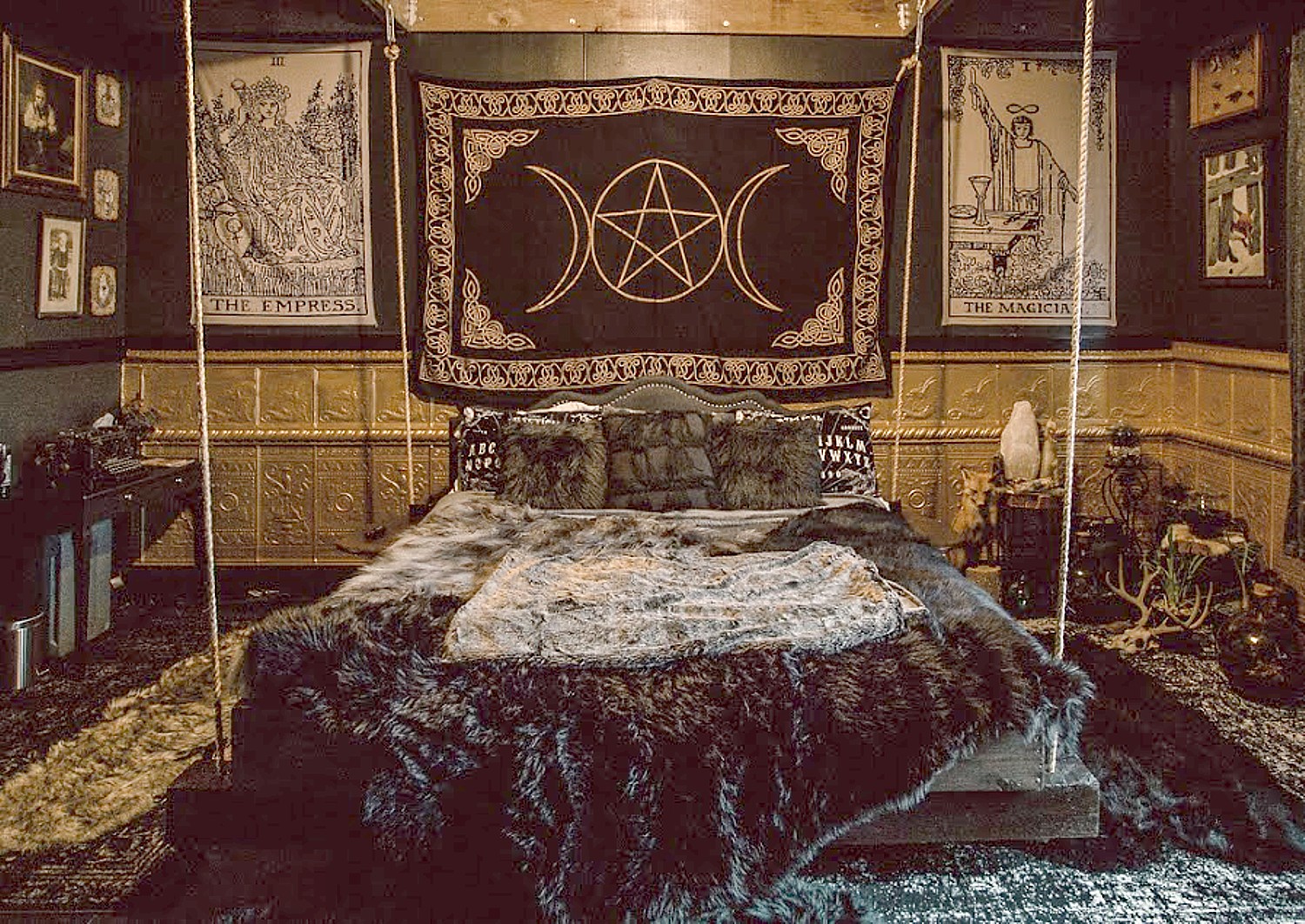 After “one of the U.S.’s most haunted hotels” (The Metro UK) garnered international acclaim for its Victorian gothic aesthetic and serial-killer themed rooms, the owners of the Black Monarch Hotel in the historic mining town of Victor, Colorado, are thrilled to reveal its newest room: Bela Lugosi’s Dracula, a hotel room themed around the icon and cult phenomenon whose unique characterization of Count Dracula forever transformed pop culture’s portrayal of vampires.

“We are very proud to be working directly with the Lugosi Estate and are excited to highlight Bela Lugosi’s legacy at the Black Monarch,” said owner and designer Adam Zimmerli.

Born in Hungary, Lugosi’s early version of Dracula, which he created on the Broadway stage in 1927, perfected the dark shadowy figure walking among us that now perpetuates vampire lore. The new Black Monarch room will feature a floor to ceiling 15-foot photorealistic mural of Bela Lugosi, as well as licensed Bela Lugosi as Dracula merchandise as decoration, prints of photos from the family archive, and a first-edition copy of the only family-authorized biography of Bela Lugosi as provided by Lynne Lugosi Sparks, Bela Lugosi’s granddaughter and CEO of LUGOSI LLC. The partnership between the Black Monarch and the Lugosi Estate also include plans for a collaborative merch line, and a screening of the 1931 film Dracula hosted by Lugosi Sparks at the Black Monarch in 2021.

Further cementing Bela Lugosi’s place in film history, in 1963, his son, Bela G. Lugosi, brought the landmark case against Universal Studios (Lugosi v Universal) for the unauthorized use of his father’s name and likeness on merchandise. This case paved the way for the California Celebrity Rights Act enacted in 1985, making the right to exploit the name and likeness of a celebrity a property right which survives his or her death. Bela G. Lugosi and the Lugosi Estate continue to protect the commercial use of Bela Lugosi’s name and likeness.

“It is an honor to include the Bela Lugosi Dracula room at the Black Monarch under the official license of LUGOSI LLC,” Zimmerli says.

The Bela Lugosi room is part of an extensive list of renovations at the Black Monarch that include detailed painting of the elaborate exterior in a gothic motif, a 30′ x 50′ exterior mural of Nicola Tesla by nationally-recognized mural artist Chad Bolsinger, an atrium room, a restored antique claw foot bathtub, and more themed rooms. To support this one-of-a-kind project, visit the recently-launched Indiegogo campaign.

The Black Monarch Hotel gained notoriety the moment it opened in May 2019 for its phenomenally dark story: this former brothel, casino and saloon from the Gold Rush era, allegedly haunted, was renovated to reflect its dark history. The building’s gorgeous character from 1899 was preserved while also painted black and gold to reflect an immersive stay in a decadent opium den. The rooms are themed after serial killers like H.H. Holmes and Elizabeth Bathory, and are brimming with taxidermy, naughty Victorian pop-up books, tomes on Satanism and other oddities and curiosities. The Black Monarch has been featured in Travel + Leisure, Lonely Planet, the Daily Mail, the Metro, the Guardian, Refinery29, Inked and more. The hotel recently hosted the Haunted Writer’s Retreat in February of 2020; writers attended horror writing workshops led by Josiah Hesse and Erin K. Barnes, experienced walks to the local cemetery, learned about the wild mining town history, and immersed themselves in literary isolation a la The Shining, all in the dead of winter.

In the late 1800s during the town of Victor’s heyday, what was then called the Monarch Hotel served miners and international travelers as the Gold Rush fueled their indiscretions. It played host to uproarious parties, accumulating a Wild West lore unrivaled in pulp novels.

The Monarch fell to tragedy in 1899 after a great fire, and the hotel was rebuilt. After its transformation, however, something was amiss. Those working the hotel bar reported strange sights that they could not explain: a woman’s silhouette in the window when no one was there, gazing upon Victor’s main street. The sounds of women laughing and men yelling in the middle of the night. Perhaps it was the ghost of the miner whose life was cut short. Perhaps it was the spirits of weary madams or ladies of the night who witnessed the vivid spectrum of humanity within its walls. Perhaps it was just the settling of a beautiful old Victorian building. Guests will ultimately judge for themselves.

With luxe bedding, a full kitchen, a shared bathroom and modern amenities, The Black Monarch Hotel is a delightful blend of unique and comfortable–with a twist. “There’s something for everyone at the Black Monarch, whether you’re looking for a quiet mountain getaway or an unconventional leap into another world.”