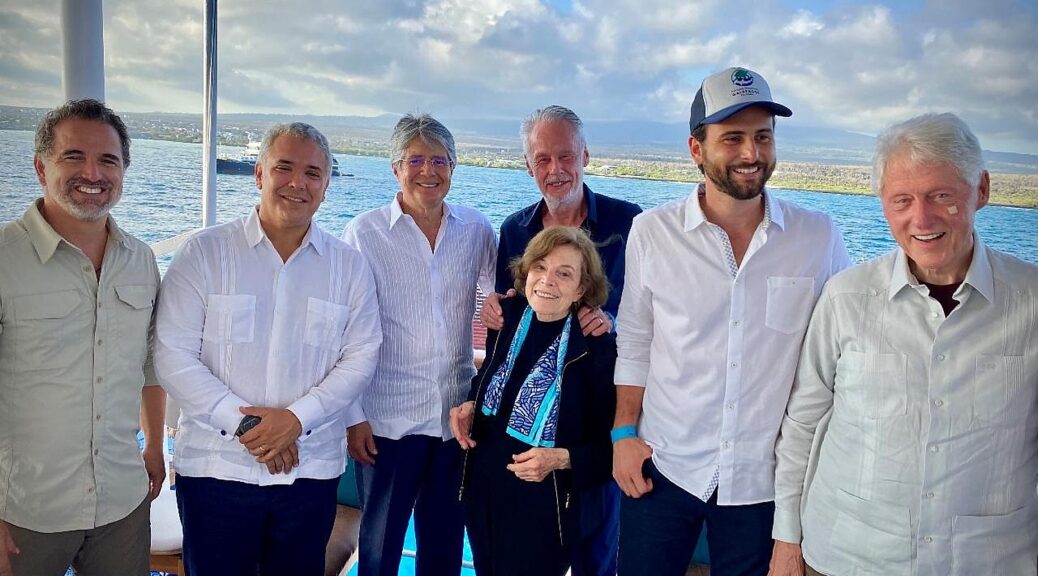 NEW YORK — The decades-long effort to protect the Galapagos Islands realized an important milestone on January 14, 2022 when Ecuador’s President Guillermo Lasso signed a decree to conserve more than 23,000 square miles of ocean around the Galápagos Islands and beyond.

The new Hermandad Marine Reserve expands the current Galapagos Marine Reserve by almost 50 percent and extends northwest to the Costa Rican maritime border. This swath of ocean will safeguard a migratory corridor known as the Cocos-Galápagos Swimway, which is used by sea turtles, sharks, whales, rays, and many other marine species.

Lindblad Expeditions has had an enduring connection to the islands, ever since Lars-Eric Lindblad brought the first citizen explorers to the archipelago and funded the very first Galapagos Park Rangers. Lindblad’s founder and Co-Chair of the Board, Sven Lindblad, who first visited the Galapagos Islands in 1967 as a 17-year-old, was honored to witness this historic moment alongside Gustavo Manrique, Ecuador’s Minister of Environment, Water and Ecological Transition; President Ivan Duque of Colombia; former President Bill Clinton; Dr. Sylvia Earle, National Geographic Explorer in Residence, and other dignitaries.

Following the ceremony, Sven Lindblad noted, “This is a really valuable and important step for marine protection…And hopefully these extensions will only get larger and larger over time. It’s been a tremendous joy. People have come from all over the world to celebrate what Galapagos has done. These islands are a jewel of our planet.”

See Video of the Signing of the Marine Reserve Decree