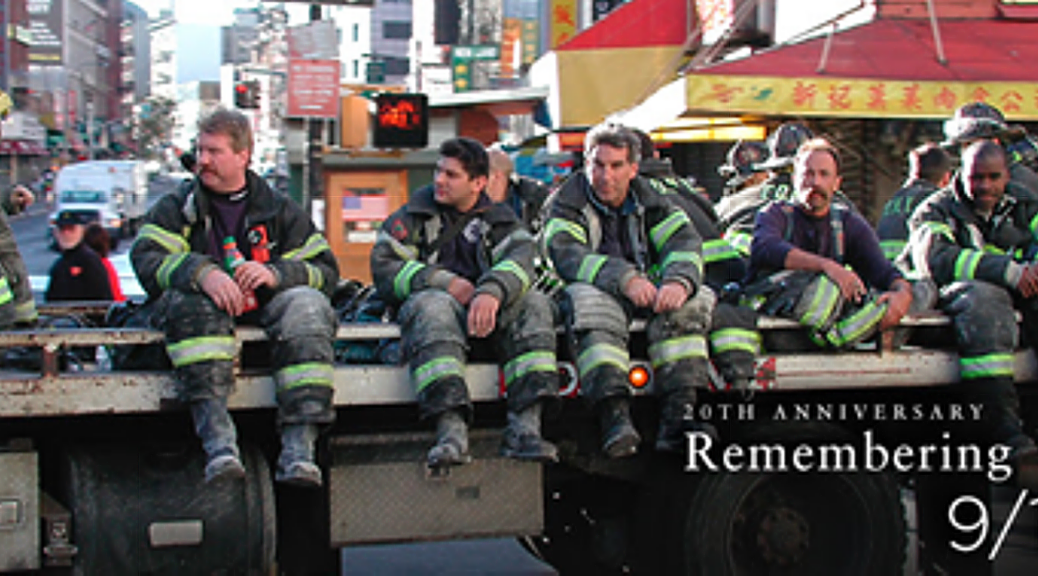 The New-York Historical Society, the oldest museum in New York City, is commemorating the 20th anniversary of September 11 with displays of objects collected in the aftermath of the attacks and special programs taking place throughout the day on Saturday, September 11, 2021.

Remembering 9/11: On the morning of September 11, 2001, just 15 minutes after hearing the alarm, the FDNY’s elite Rescue Company 2—Lieutenant Peter Martin and firefighters William Lake, Daniel Libretti, John Napolitano, Lincoln Quappe, Kevin O’Rourke, and Edward Rall—arrived at the unfolding World Trade Center tragedy.  All seven were killed when the building collapsed. On special display is a damaged door of Rescue 2’s fire truck that is part of New-York Historical’s collection.

Objects Tell Stories: 9/11: In the immediate aftermath of the attacks, New-York Historical launched the History Responds collecting program to document monumental events as they are happening. Explore objects from that initiative in our fourth floor permanent display, including a mangled Venetian blind retrieved from St. Paul’s Churchyard and a memorial of candles, notes, and mementos erected on Barclay Street.

Captioned videos related to 9/11 and the aftermath as well as images from here is new york, a photographic archive that documented the various aspects of Ground Zero, will be projected on digital displays in the Smith Gallery. In addition, a 25-minute cinematic experience with accompanying music will screen in the Robert H. Smith Auditorium on the hour and half hour, providing a quiet place for visitors to reflect.

From sundown on Friday, September 10, to sunrise on Sunday, September 12, New-York Historical’s facade will be lit up in “Memorial Blue,” as we join other cultural organizations across the city for the annual Tribute in Light.

As part of New York City’s Key to NYC program, all visitors to New York City museums age 12 and over are required to be vaccinated against COVID-19. For more details, go to our FAQ page.

New York City’s oldest museum, the New-York Historical Society Museum & Library was founded in 1804. The Patricia D. Klingenstein Library—one of the most distinguished in the nation—fosters research through its outstanding collections, which include more than 10 million items. The Museum presents groundbreaking history and art exhibitions as well as public programs that convey the stories of New York and the nation’s diverse populations to the broadest possible public.