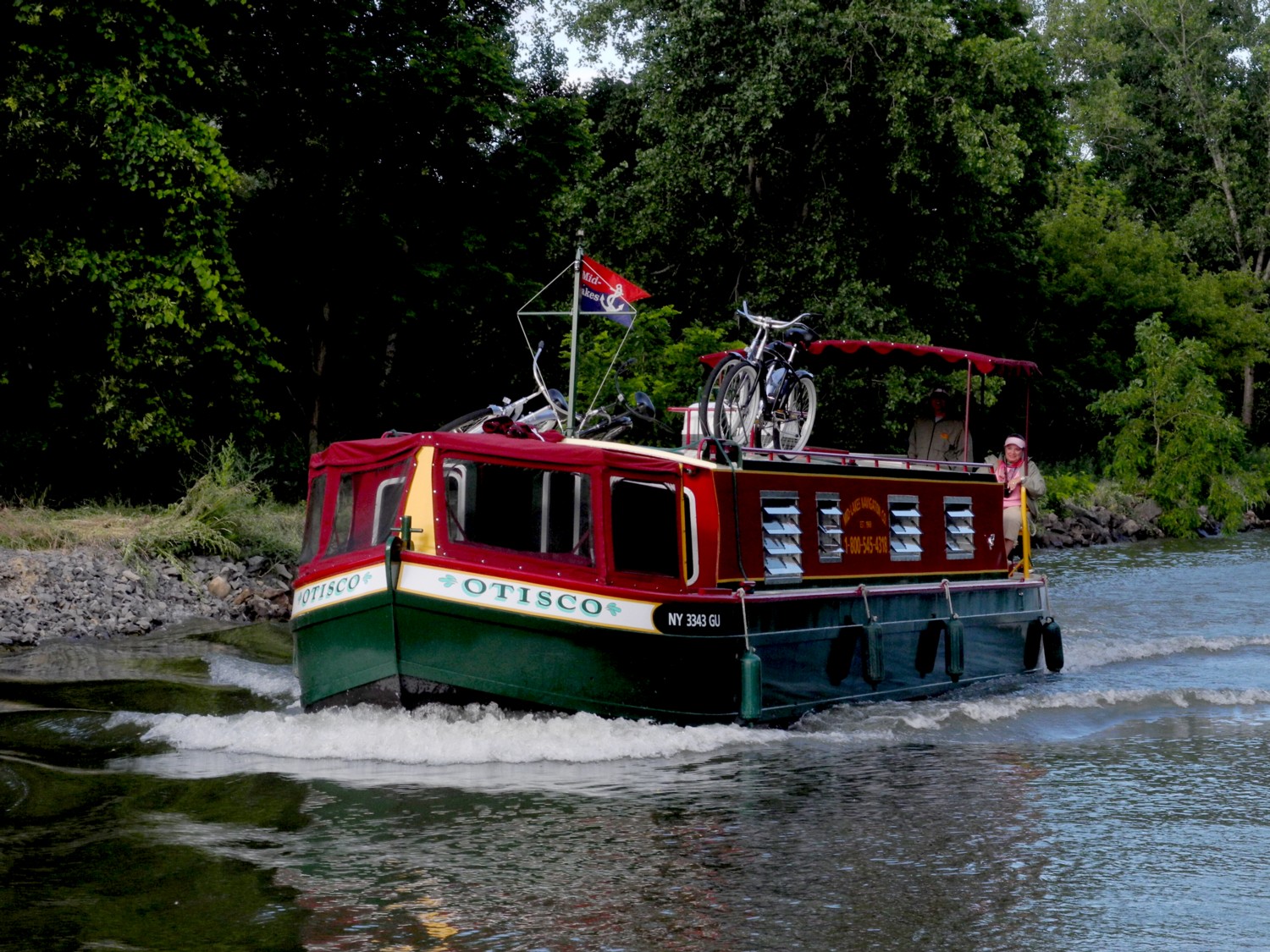 New York State’s Canal system has just opened for the 192nd consecutive season of navigation. The April 27 opening date marks the earliest start to the navigation season since 1982 thanks to a mild winter which allowed staff to complete maintenance projects, and opening preparations, ahead of schedule. The Canal system includes the Erie, Champlain, Oswego, and Cayuga-Seneca Canals in upstate New York.

“New York’s Canal system is an engineering marvel of epic proportions and its construction demonstrated the sort of vision, determination and boldness that define us as New Yorkers,” Governor Andrew Cuomo said. “Nearly two centuries after its completion, the Canal system continues to be an important tourist destination, while also playing a vital role supporting industries throughout Upstate New York.”

The Erie Canal represents one of the most significant engineering achievements in New York’s history and along with its adjoining canals, it continues to play a pivotal role in supporting the state’s economy. According to a 2014 report, the system generates nearly $380 million in tourism spending annually across upstate New York, and more than $6.2 billion from non-tourism uses such as agricultural irrigation, commercial shipping, and renewable power generated at 27 hydroelectric facilities located along the Canal. The report also determined that the Canals support 26,472 jobs, $1.6 billion in personal income, and $702 million in tax revenue, both directly and indirectly.

The Canal system plays host to several special events each season, including races, festivals, and other recreational activities which can be found by visiting the Canal’s Calendar of Events. New Yorkers are strongly encouraged to take part in these events that last throughout the duration of the navigation season.

Twenty-four hour service is available to commercial vessels such as tour boats, tugboats, charter boats, cruise ships, and hire-boats operating on the Canal system. Registered commercial operators should call (518) 471-5016 during regular business hours and (518) 499-1700 after hours to make arrangements for lock and lift bridge service outside of the Canal’s regular operating schedule.

“Each year, our iconic Canal system draws scores of visitors from all over the world to travel along America’s most storied manmade waterway and to enjoy walking, biking, and fishing along its banks. It is a historical marvel that has consistently fueled New York’s economy through recreation and tourism, and I look forward to seeing what this year’s Canal navigation season adds to that already-rich history,” New York State Canal Corporation Director Brian U. Stratton said,

The Canal navigation season is scheduled to end on November 20, weather permitting.

A fabulous way to experience the Erie Canal is to rent an easy-to-operate Lockmaster canalboat and really explore at your own pace. Mid-Lakes Navigation has a full fleet of boats – completely outfitted with galleys and showers and even bikes and BBQ gear – that range in size. You are given a complete orientation on how to drive the boat and navigate through the locks (the most fun) and the boats have excellent radio controls (which you need that to get the lift operators to raise the bridges). You feel like a real explorer.

This year, they have added a new boat, the Harriet H. Wiles, which offers a/c, a queen-size bed in master suite, large master bath, flat screen TV/DVD player, microwave and coffee maker among its amenities.

Mid-Lakes also offers Cruise and Dine programs on its own boats on the Erie Canal and on Skaneateles Lake.

Journey by boat and bike along the Erie Canal: Macedon-Fairport-Pittsford and slideshow

Like Loading...
« For Mothers Day, Give the Gift of Travel: Here are 8 ‘Bucket List’ Adventures Sure to Thrill
Context Travel Adds Prague to List of Family Walking Tours in Great Cities Around the World »