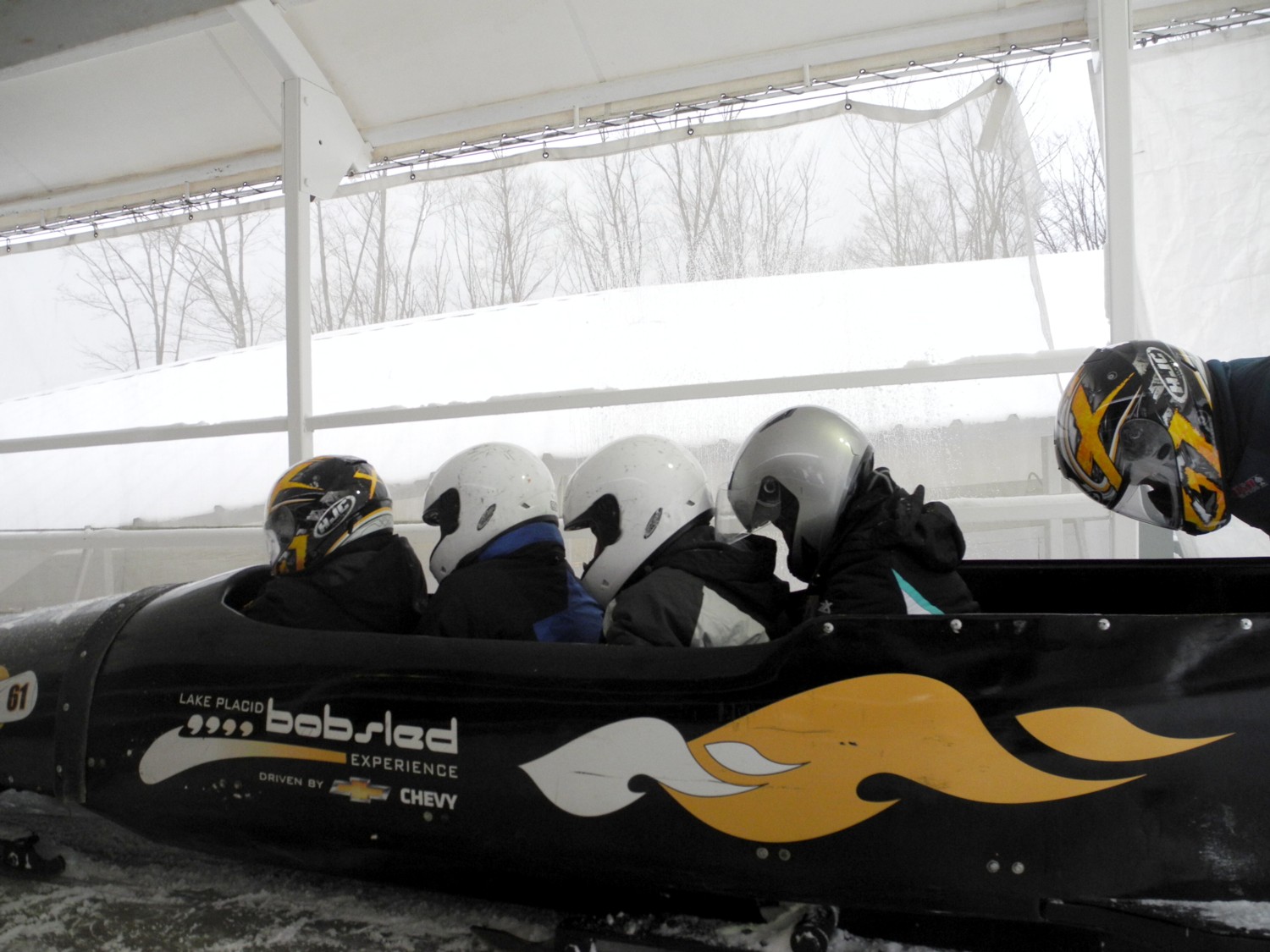 Feel like an Olympian at the bobsled run at Lake Placid, New York © 2015 Karen Rubin/news-photos-features.com

At the third New York State Tourism Summit, State Governor Andrew M. Cuomo announced a commitment of $50 million  to promote statewide tourism, create jobs, and attract more visitors to every region of New York. This investment, which is one of the largest ever by the State, builds upon the historic investments in the tourism industry which generated a $100.1 billion economic impact in 2014.

The summit, held in Albany, brought hundreds of tourism experts to the Capitol to discuss innovative ideas and new ways to encourage travel to all 11 vacations regions of the State. As a result of the Governor’s support of tourism, the industry has seen an increase in spending, state and local tax revenue, visitors and employment since 2011, and a record-breaking economic impact of $100.1 billion in 2014.

Last year, New York’s tourism industry generated direct spending of $62.5 billion, producing $7.8 billion in state and local taxes. The number of visitors to New York increased by 8.2 million with nearly 227 million visitors in 2014. As New York’s fourth largest employment sector, one out of every 12 jobs in New York is tourism-related. Data from 2014 show the tourism industry supported 867,900 jobs and generated more than $31 billion in wages.

Initiatives announced at the Summit include:

Increased Level of Tourism Funding: The State will invest nearly $50 million in tourism funding. This is more than $5 million compared to last year and includes tourism marketing, transportation promotion, international marketing, and funding for industry development.

Tourism Marketing Campaign: $25 million will be utilized for tourism marketing, featuring the I LOVE NY, Path Through History and Taste NY initiatives. The new marketing campaign will feature TV ads and other media at airports, on roads, on railways, on the web and on mobile devices to promote tourism opportunities throughout New York State. The very successful I Love New York television advertising campaign featuring actors and athletes from New York will continue into 2016.

Increased Transportation Access: A $4 million investment will be utilized to work with the Port Authority and MTA for opportunities to promote Upstate travel and make transportation information easily accessible for all travelers. The investment will also promote linkages from New York City via partners like car rental companies and bus and train operators to create transportation options in key areas where none exist.

Expand Global Tourism Markets: The Governor announced I LOVE NEW YORK will continue to expand its global reach through key markets in Australia and Puerto Rico. New York will create a Tourism Advisory Board in Australia, and host the first-ever Australia trade mission to bring New York travel representatives to meet with airline operators, travel media, and tour operators in Australia. In addition, announced during the Governor’s Solidarity Mission to Puerto Rico, a $5 million joint I LOVE NY tourism ad campaign will be used to promote travel between New York and Puerto Rico. This investment will provide a unique opportunity for travelers to experience the beauty of both Puerto Rico and New York and maximize the newly opened “I Love New York Welcome Center” in Puerto Rico at the NYS Office of Trade and Tourism. New York will also promote Upstate and build awareness of New York’s 11 regions through targeted marketing.

President’s Day weekend (February 13-14) will be a free ice fishing weekend to encourage more New Yorkers to try Ice fishing while many are on winter recess. Residents and visitors age 16 and older will be able to fish the fresh or marine waters of New York State without a license, providing a great opportunity for people to learn about this popular sport. More information is available here

Business Travel and Special Events: To maximize New York State’s appeal to business travelers and event planners the State will: leverage corporate relationships to promote New York State through corporate travel departments to increase the number of meetings and conventions held in the state; engage concierges at New York City hotels, directly and through trade associates, to highlight daytrips and overnight getaways outside of Manhattan through the I LOVE NY Bus; and underwrite a percentage of costs incurred by municipalities or private entities who were successful in drawing new special events to New York State.

Lodging development: A multi-agency, public-private workgroup will be convened to explore incentives and grant programs that would encourage investors and developers to create and improve lodging in areas where few facilities exist.

Agri-Tourism and Heritage Tourism: Through the Department of Agriculture and Markets, and Taste NY, continue to build awareness of New York’s agri-tourism industry through culinary tours and encourage the creation of additional farm visit programs for consumers.

Market NY: Funding for the Market NY program will be increased to $13 million. This funding allows tourism assets to make necessary improvements and launch strategic marketing campaigns to increase visitorship. The funding will be awarded through the regional economic development council process.

In addition to increasing the state’s annual investment in tourism, the Governor will continue to host successful events such as the Adirondack Winter and Summer Challenges, and the new Catskills challenge to bring together state and local officials, tourism industry representatives and outdoor enthusiasts to strengthen tourism in Upstate New York.

“Tourism is vital to New York’s economy – it creates jobs and opportunity in virtually every community across the state,” Governor Cuomo said. “When people visit New York, they fall in love with all that our state has to offer and keep coming back. I am proud that our administration is continuing to play a leading role in supporting tourism across the state, and I look forward to seeing the industry and our economy thrive for years to come.”

“As a result of Governor Cuomo’s historic investments, New York State continues to experience record-breaking tourism year after year,” Lieutenant Governor Hochul said.  This can be attributed to the Governor’s ambitious agenda that has helped resurrect our I Love New York campaign, create good paying jobs, and attract scores of visitors from the North Fork to Niagara Falls. It’s no wonder that tourism generated over $100 billion dollars in economic impact last year alone. And with today’s $50 million dollars in new investment, we will entice even more people to come see what New York has to offer.”