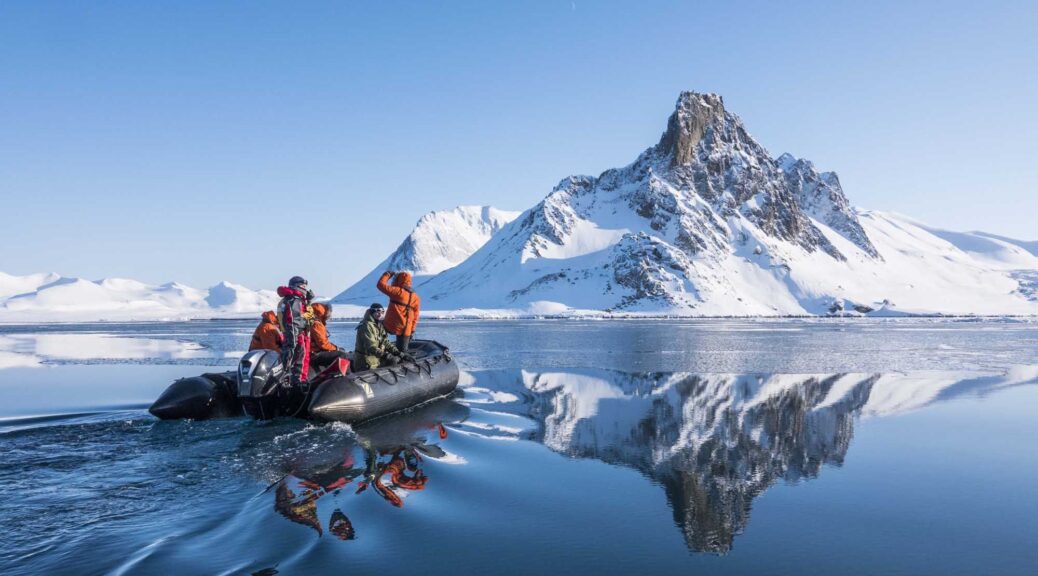 NEW YORK — Lindblad Expeditions announced that this April the small-ship expeditionary cruise line, will venture to the Arctic earlier in the season than ever before when they bring their newest polar vessel, the 126-guest National Geographic Resolution, to Svalbard on two newly added departures.

The expeditions will take place during the Arctic’s spring awakening—a true Arctic refuge, covered in snow and surrounded by sea ice—illuminated by the astonishing light that provides “magic hour” most of the day.  It is an experience few have witnessed, and National Geographic Resolution’s ice class and technology, with the experience of Lindblad’s polar captains, was built for these exact conditions.

Set against stunning icescapes and snow-covered mountains, the expedition will voyage deep into and around the Svalbard Archipelago in search of walrus, seals with their pups, and polar bears returning to their spring hunting grounds on the pack ice. Guests will have the opportunity to walk on the frozen sea ice, an adventure only possible in early spring. Photographers will be blown away by the lights and landscapes, and novices and experts alike can capture it all with expert photographers onboard to help bring their skills to the next level.

Sven Lindblad, founder of Lindblad Expeditions, will be joining the April 18th departure.  Sven led a small reconnaissance team in Svalbard to determine whether early spring would be a good time of year to explore this extraordinary region for their guests. “It was without a doubt the most magical Arctic experience any of us had ever had. It was stunningly beautiful, and we validated every premise that we imagined. Unique and wondrous, we were alone in one of the world’s wildest places,” he remarked.