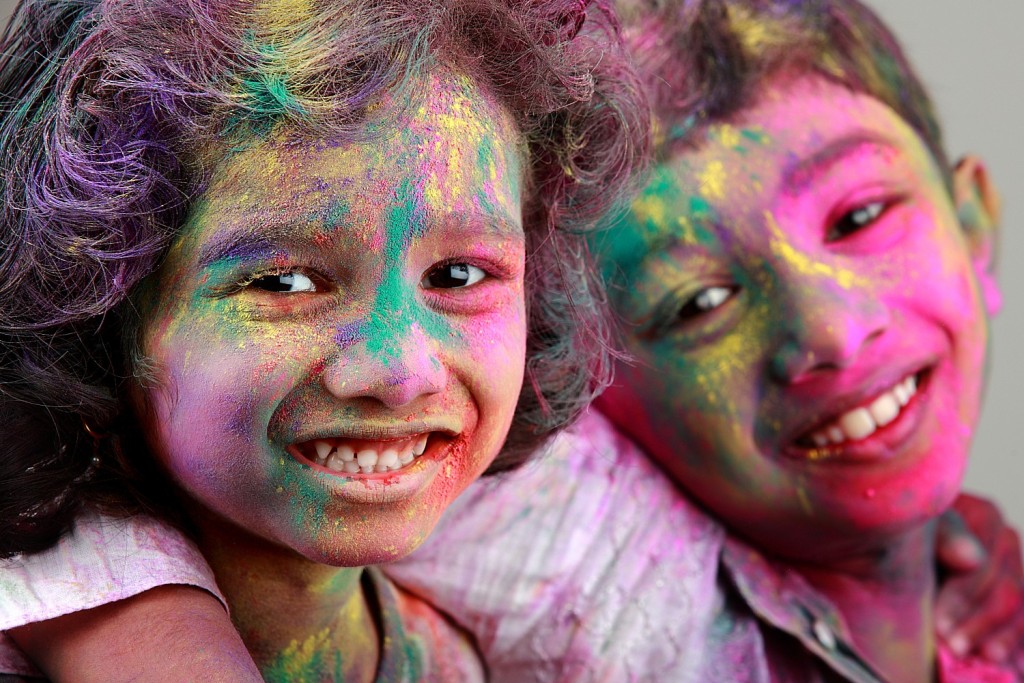 Bellevue, WA— Spring brings India’s famous Holi Festival, the most colorful celebration imaginable and World Spree Travel has organized a trip to take in the festival on a 12-day tour that visits India’s Golden Triangle: the capital, Delhi; the city of the Taj Mahal, Agra; and the famous “pink city,” Jaipur, plus two days and two overnights in Ranthambhore National Park to see the elusive royal Bengal tiger. The tour, including air fare from San Francisco, Los Angeles and New York, departs March 5, 2017.

For good reason, Holi is also called the Festival of Colors.  Friends, family and even strangers paint the town and its inhabitants, rubbing colored powder on each other’s faces. Some celebrants get really carried away and throw the powder and colored water at each other in a true explosion of color.  Though it is a Hindu religious festival, it is also a Technicolor feast for  photographers.

Based on ancient Hindu legends, the festival starts with huge bonfires that symbolize the victory of good over evil (and also burn away the remains of winter). The following day begins with the throwing of colors, then singing and dancing, eating and drinking and exchanging gifts in a great joyous spectacle.    The celebration on the streets even bridges the usual social barriers and rich and poor, high and low, everyone tosses colors, hugs and wishes the other “Happy Holi.”