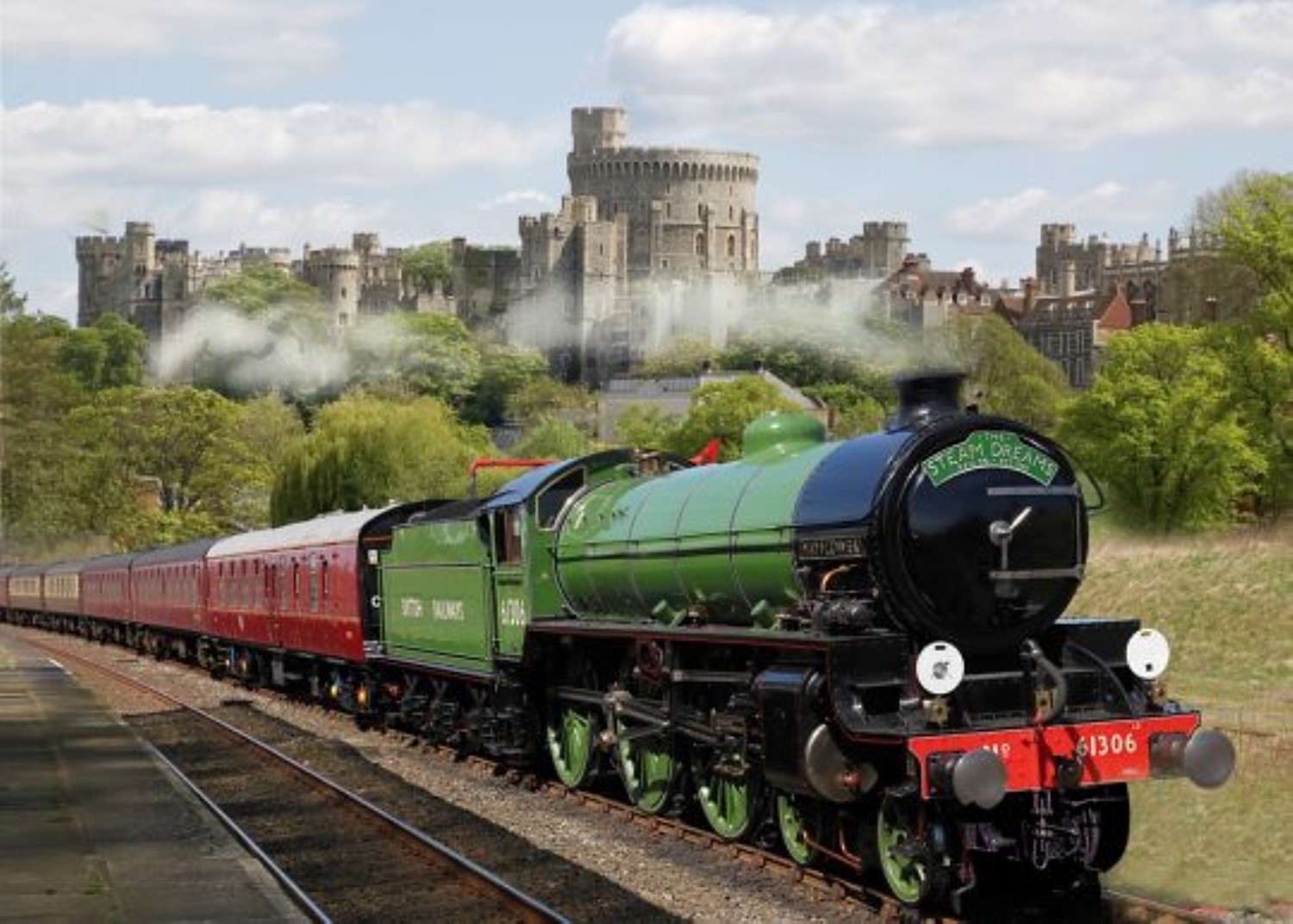 LONDON – Evan Evans, one of London’s oldest and largest tour operators, takes the pressure out of where to go and what to do when vacationing with family in London with such magical offerings as a walking tour of Harry Potter film locations, and a trip on the Royal Windsor Steam Express with Castle Tour, traveling  from Waterloo to Windsor in style onboard the Mayflower, a beautifully restored traditional British steam train from the golden age of rail travel.

A bit of magical realism can be fun for the whole family when you follow in the footsteps of the world’s most famous wizard on the enchanting 3-hour Harry Potter Film Locations Walking Tour of London. The magic starts at Westminster tube station and then it’s on to the real-life locations that provided the inspiration for some of the most iconic locations in the wizarding world of the Harry Potter film series.  Visit exciting locations from the film series, including Diagon Alley, Platform 9 3/4s, and discover the inspiration behind the sites, as our expert guide brings the magic to life.  The tour includes Evans Evans’ personal headsets which guarantee a more immersive and intimate experience. Tours start at $25 for children/seniors and $33.75 for adults.

The Royal Windsor Steam Express with Castle Tour rolls out the red carpet to royalty.  Travel from Waterloo to Windsor in style onboard the Mayflower, a beautifully restored traditional British steam train from the golden age of rail travel. Relax on this fantastic steam train to Windsor and let the romance of steam travel whisk you away to a town steeped in royal heritage.  Windsor Castle is set within 13 acres and boasts more than 1,000 impressive rooms.  Founded in the 11th Century by William the Conqueror, you’ll learn about how Windsor Castle has withstood siege, been used for official entertaining as a royal court by King Henry VIII and Elizabeth I, and as a home to 39 monarchs, including the UK’s reigning Queen Elizabeth II who enjoys many of her private weekends at the Castle. Unravel the spectacular history of Windsor Castle, the largest inhabited castle in the world. Enjoy visits to the magnificent State Apartments, Semi-State Rooms, Grand Reception Room, Queen Mary’s Doll House, and beautiful St George’s Chapel, where Prince Harry and Meghan Markle were married in May 2018. Depending on the day and time of your visit, you might be lucky to witness the Changing of the Guard at Windsor Castle. The ceremony sees the guards marching through Windsor town and into the castle for the guard change.  Tours start at $80 for children and $92.50 for adults. In April 2020, families can take the steam train to Windsor and visit the famous LEGOLAND® Windsor Resort on the new ‘Royal Windsor Steam Express with LEGOLAND’ tour. With over 55 rides, live shows and attractions set over 150 acres of parkland plus a fully LEGO themed hotel on site, the LEGOLAND Windsor Resort is a family destination that is not to be missed!

You can discover over a thousand years of history at England’s most beautiful medieval castles and also visit the birthplace of William Shakespeare and the historic city of Oxford on our Warwick Castle, Shakespeare’s England, Oxford & The Cotswolds tour. Set against the River Avon within 64 acres of landscaped parkland, Warwick Castle once belonged to the most powerful man in England, The Earl of Warwick. This action-packed family attraction has a full program of entertainment throughout the year, such as meeting with figures of Warwick’s historic inhabitants inside the state rooms, including Countess Daisy, young Winston Churchill and many more. Go for a walk on the ramparts and up to the top of the mound where you’ll get a breath-taking view of the castle and grounds. You can also relax in the peacock garden by the Conservatory with the gentle sound of a water fountain and live peacocks walking around you. For a unique history lesson, you can view a trebuchet (a medieval catapult) that fires a rock across the grounds of the Castle. In Stratford-upon-Avon, you’ll visit the 16th-century half-timbered house where Shakespeare was born in 1564 and grew up. Families will enjoy a fascinating insight into tales of his family life and admire rare artefacts on displays from the Shakespeare Trust’s world-class collections. On the tour’s final stop, explore ‘The City of Dreaming Spires,’ and the oldest university in the English-speaking world, the University of Oxford. You’ll enjoy a walking tour with our expert guide, and maybe spot filming locations shot for countless movies and TV series over the years, including the Harry Potter film series. Tour options start at $77.50 per person.

Evan Evans is one of the longest-established and largest sightseeing companies in London, operating since 1933. The company offers a range of tours of Britain, from majestic palaces and castles and quaint country villages to the historic cities of Bath, Oxford and Canterbury.

For more information and reservations, visit www.evanevanstours.com
or call Evan Evans at (0)20-795-0177.