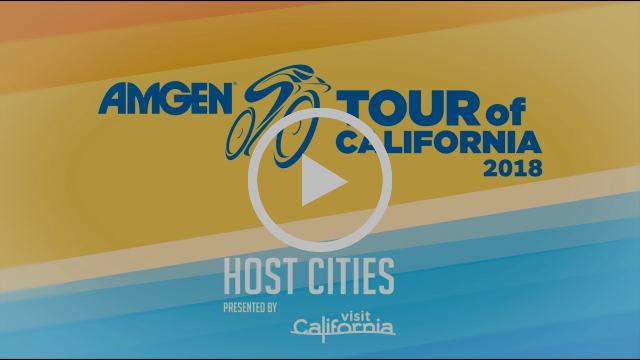 Ventura, Calif. — The City of Ventura is proud to be the host city for the Stage Two Start of the 13th annual Amgen Tour of California on May 14, 2018. The premier cycling race will take place May 13-19, 2018, during which the world’s best cyclists will compete for 600+ miles along roadways, highways, and coastlines making up the seven-stage race from Long Beach to Sacramento.

“Nestled along the Pacific Ocean with marvelous rolling hills as its backdrop, Ventura is an outdoor enthusiast’s dream and offers the most stunning landscape for the 2018 Amgen Tour of California.  We are excited to host the tour and share our favorite sights in this beautiful city we call home,” said City of Ventura Mayor Erik Nasarenko.

The annual professional cycling events (men’s and women’s races) carry the distinction of being the only U.S. races on the UCI WorldTour calendar and attract some of the most renowned cyclists and teams in the world. With seven new courses between them, this is the 11th consecutive year the event has featured an international platform for both men’s and women’s racing.

The Ventura Visitors and Convention Bureau (VVCB) first set its sights on increased engagement with the Amgen Tour of California in 2016 when it organized a memorable community event to welcome and cheer on race participants as they passed through Ventura.

“Visit Ventura only had 20 seconds to make an impact in 2016 and with the help of hundreds of students who lined up to spell the largest rendition of Ventura’s brandmark ever made, we made it count. To hear that Amgen Tour of California took notice of our small beach town and felt charmed by the way our community embraced the event is a compliment we celebrate and uphold as a challenge to plan something even more special for 2018,” said VVCB President & CEO Marlyss Auster. (Video of the event in 2016 for which VVCB has since won a Hospitality Sales and Marketing Association International award is available at www.youtube.com/watch?v=RWMdkEHrVNY.)

Though the Amgen Tour of California has passed through Ventura in the past, this is the first time the City of Ventura will host a Stage Start. Details on the route have not been revealed but Stage Two, also known as the Queen Stage from Ventura to the summit of Gibraltar Road in Santa Barbara County, is considered a highlight of the men’s race. This challenging mountain stage with an uphill finish at 6,500 feet elevation takes place on day two of the seven-day race.

“The Amgen Tour of California has always shone a spotlight on some of the state’s most picturesque and enjoyable destinations. We’re thrilled to bring one of the world’s most prestigious cycling races to Ventura for the first time – we remember the warm welcome from the community when the race passed through in 2016. We look forward to partnering with a city as progressive and cycling friendly as the City of Ventura and to creating a memorable experience for the teams and fans,” said Kristin Klein, president of the Amgen Tour of California and executive vice president of AEG Sports.