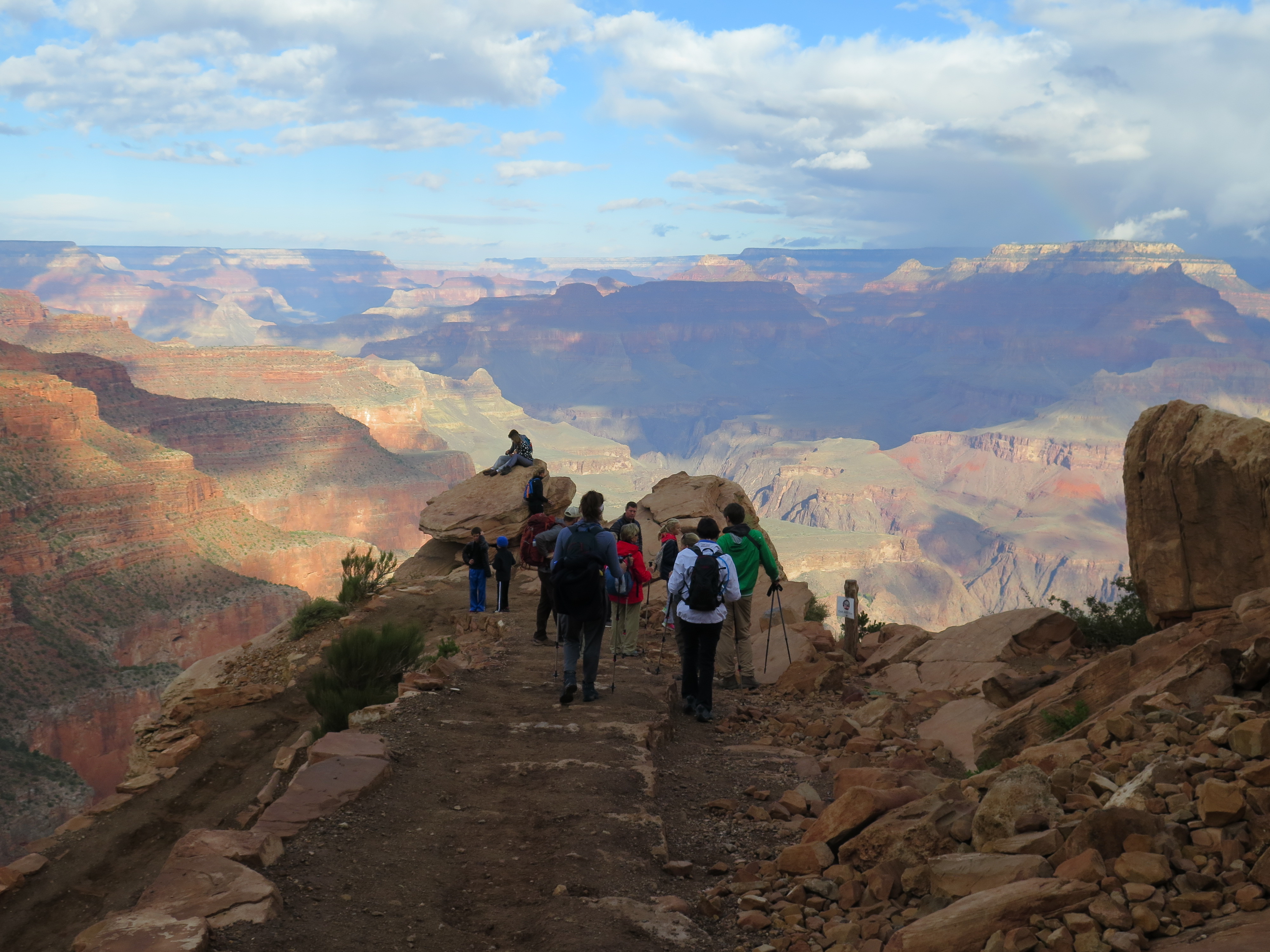 OARS Rim to River guided tour takes the South Kaibab trail down to the Colorado River, with spectacular views of the Grand Canyon © 2016 Karen Rubin/news-photos-features.com

Additionally, OARS has committed to an in-kind donation of $95,000 in national park trips to be used in support of National Park Foundation programs, like Open OutDoors for Kids (www.nationalparks.org/ook) to help get underserved youth into parks. This year, the company will take a group of Native American youth on a six-day rafting trip on the Colorado River through Canyonlands National Park and the outfitter has partnered with Grand Teton National Park to get multiple groups of Latino youth out on three-day sea kayaking trips on Jackson Lake.

Also, starting this month, the company is giving away a trip for two each month to one of four national parks, including trips in Canyonlands, Grand Canyon, Yellowstone and Grand Teton, and Yosemite National Parks. The sweepstakes runs for six months leading up to the National Park Centennial on August 25th, 2016. Visit www.oars.com/sharethewonder for complete details.

“OARS believes that America’s national parks provide transformative, life-changing experiences that everyone deserves to have which is why OARS hopes everyone will have a chance to share the wonder of our National Parks and other public lands this year with someone they love.”

In a short video, OARS highlights the words of President Theodore Roosevelt: “There can be nothing in the world more beautiful than the Yosemite, the groves of the giant sequoias and redwoods, the Canyon of the Colorado, the Canyon of the Yellowstone, the Three Tetons; and our people should see to it that they are preserved for their children and their children’s children forever, with their majestic beauty all unmarred.” Watch the video here.