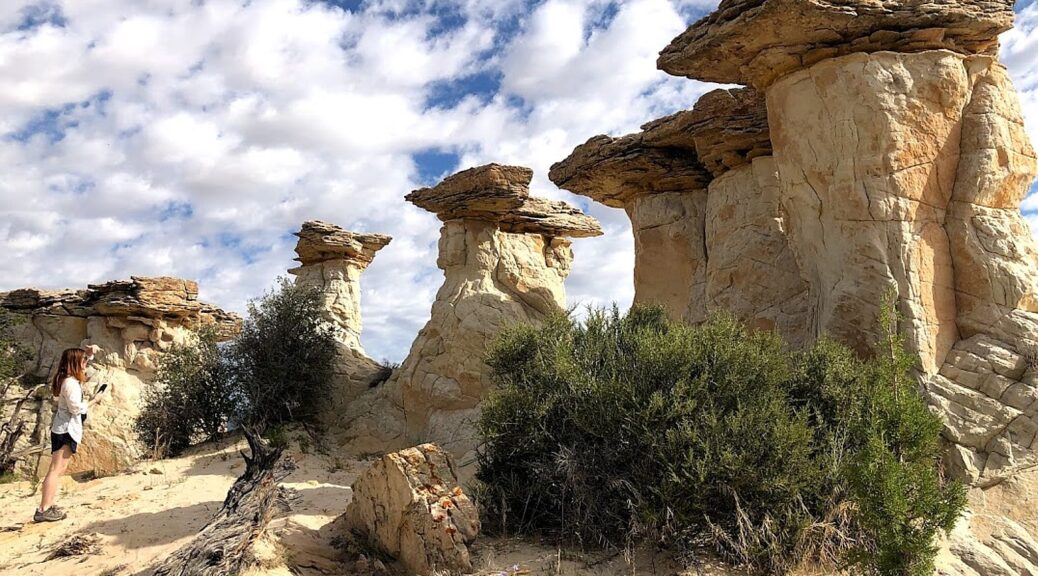 As part of the Biden-Harris Administration’s effort to better protect, conserve, and restore the lands and waters that sustain the health of communities and power our economy, President Biden is signing three proclamations restoring protections for Bears Ears, Grand Staircase-Escalante, and Northeast Canyons and Seamounts National Monuments. By restoring these national monuments, which were significantly cut back during the previous administration, President Biden is fulfilling a key promise and upholding the longstanding principle that America’s national parks, monuments, and other protected areas are to be protected for all time and for all people.

The President’s protection of these three national monuments is among a series of steps the Administration has taken to restore protections to some of America’s most cherished lands and waters, many of which are sacred to Tribal Nations. The Administration has halted leasing in the Arctic National Wildlife Refuge, committed to restore protections for the Tongass National Forest under the Roadless Rule, and initiated the process to protect Bristol Bay and the world-class salmon fishery it supports. The Great Lakes, the Chesapeake Bay, the Everglades, the Columbia River Basin, and dozens of other special places are also back on America’s conservation agenda.

The Biden-Harris Administration’s land, water, ocean, and wildlife conservation efforts are critical to solving the climate crisis, protecting public health, promoting wildlife and biodiversity, and rebuilding America’s economy. As part of his Build Back Better Agenda, the President has proposed the creation of a new Civilian Climate Corps, which would partner with unions in putting to work a new generation that looks like America – with good benefits and pay – on the path to family-supporting careers in fields restoring the health of our public lands, coasts, waters, and forests, advancing environmental justice, and helping communities better prepare for the impacts of a changing climate. The President has also set the first-ever national conservation goal, which the Administration is pursuing by supporting locally-led and voluntary conservation efforts across the country and creating more equitable access to the outdoors, including by investing in urban parks.

President Biden’s action to restore Bears Ears, Grand Staircase-Escalante, and Northeast Canyons and Seamounts National Monuments is consistent with recommendations from Secretary of the Interior Deb Haaland, who – with the support of the Departments of Agriculture, Commerce, and Justice, and the White House Council on Environmental Quality – reviewed the actions of the previous administration that drastically reduced protections for these places. As part of this review, Biden-Harris Administration leaders met with Members of Congress, state and local government officials, representatives of Tribal Nations, and a wide range of stakeholders. Secretary Haaland also visited Utah to directly meet with local residents and tour the area. After gathering information and input, the Department of the Interior provided the President a report with recommendations on future protection for the areas.

“These protections provide a bridge to our past, but they also build a bridge to a safer, more sustainable future — one where we strengthen our economy and pass on a healthy planet to our children and our grandchildren,” President Biden said at the signing ceremony.

The specific actions that President Biden is taking are:

Restoring protections to the Northeast Canyons and Seamounts Marine National Monument, as established by President Obama on September 15, 2016. The Monument is composed of two units, the Canyons Unit and the Seamounts Unit, each of which showcases unique geological features that anchor vulnerable ecological communities threatened by varied uses, climate change, and related impacts.  Under the restored protections, commercial fishing in the National Monument will be prohibited, with fishing for red crab and American lobster to be phased out by September 15, 2023. Consistent with President Obama’s Proclamation 9496, recreational fishing in the National Monument may continue.

The Monument includes Oceanographer, Gilbert, and Lydonia canyons; and Bear, Mytilus, Physalia, and Retriever seamounts. Restoring the Monument’s conditions will restore its integrity, expand the opportunity for unique scientific study and exploration, and protect and preserve natural and cultural resources for all Americans. With this action, the management conditions directed in Proclamation 9496 for the Northeast Canyons and Seamounts National Monument, which is composed of 4,913 square horizontal miles, vertically encompassing the water column above, will resume.